The MQM says the system does not cover basic rights of citize­ns.
Published: July 10, 2011
Tweet Email 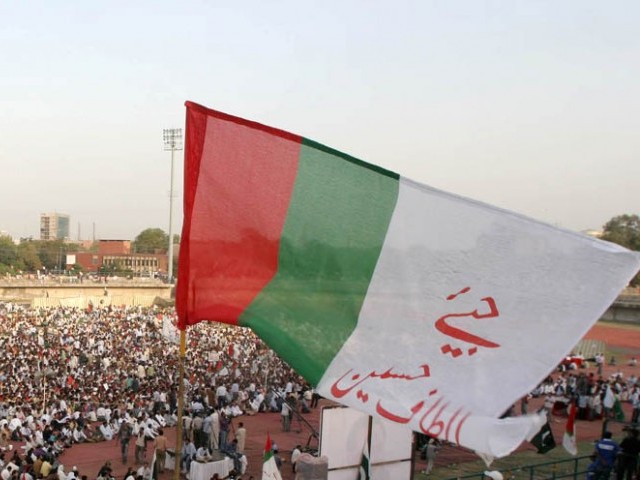 The MQM says the system does not cover basic rights of citizens. PHOTO: ATHAR KHAN

KARACHI: The Muttahida Qaumi Movement (MQM) rejected the recently implemented commissionerate system in Sindh calling it an attempt to deprive people of their basic political and democratic rights.

The MQM announced that it will oppose the commissionerate system via challenging it in court.

MQM leader Farooq Sattar said the implementation of the commissionerate system is a reflection of a dictatorial mindset. “The system is an attempt to enslave the people of Sindh,” Sattar said.

While talking to the media after the Rabita Committee meeting, Sattar said democratic countries have local government system in place because it provides rights to citizens at the grass root level.

“Implementation of the commissionerate system will take away this right and it is a negation of democratic values,” Sattar said.

Sattar said the system of local government is the best way to solve problems because the people with authority know the area and its problems.

He said the commissionerate system strengthens the feudal elite who has ruled Pakistan for last 64 years. The system supports the status quo and ad hocism.

The commissionerate system will marginalize the local government system and make it inefficient, the MQM leader said.

The MQM will move the Sindh High Court for the restoration of Sindh Local Government Ordinance 2001.

PPP will not tolerate political pressure

Senior provincial minister Pir Mazhar ul Haq said that Pakistan Peoples Party (PPP) wanted to take MQM into confidence before reinstating the commissionerate system but the latter did not respond.

He said that PPP will no more be tolerating any political pressure.

Pir Mazharul Haq was talking to reporters after his meeting with the ANP leader Shahi Syed at Mardan House in Karachi.

Mazhar said that PPP, ANP and PMLN-F agreed on revival of commisionerate system.

Talking on this occasion, ANP leader Shahi Syed said that the restoration of commissionerate system was his party’s long standing demand.

He hoped that its restoration would play an effective role in maintaining peace in the city.

After restoration of the commissionerate system in Sindh, the province witnessed further significant changes.

Sindh is now divided into five divisions including Karachi, Hyderabad, Sukkur, Mirpur Khas and Larkana. The Sindh Revenue department issued a notification in this regard and forwarded a draft to the chief minister.

Every division is further divided into districts.

Karachi constitutes of 5 districts, 8 in Hyderabad, 4 in Mirpur Khas – and 5 each in Larkana and Sukkur.

A commissioner is appointed in each division while deputy and assistant commissioners will report to their respective division heads.

However, the ruling government – under the 18th Amendment – gave the powers of restoring the commissionerate system directly to the provinces.

The Punjab government decided to submit an ordinance to the governor for cancelation of the Local Government Ordinance 2001 and Police Order 2002.

According to the sources, the ordinance will soon be sent to the Punjab governor for approval.

After the ordinance is approved, the Local Government Order 1979 and Police Order 1861 will be restored.

After the ordinance’s approval, corporation system in cities and district councils in rural areas will be restored.

The ward system in cities and union councils in rural areas will also be established.

No CNG from Monday to Tuesday afternoons