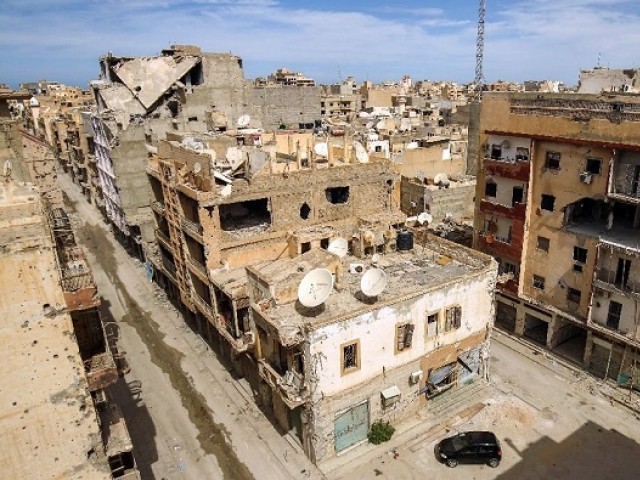 WASHINGTON DC: The US military command for Africa announced on Friday it killed 17 suspected Islamic State (IS) group militants, also known as Da’ish, in southern Libya, in the third such strike in a week.

“At this time, it is assessed the airstrike killed 17 terrorists” on Thursday, Africom said in a statement.

It said its anti-IS campaign in Libya was “ongoing” and that strikes were being conducted “in coordination” with the UN-recognised Government of National Accord (GNA) in Tripoli.

Africom “continues to support diplomatic efforts to stabilise the political situation in Libya in order to maintain our common focus on disrupting terrorist organisations that threaten regional stability”, the statement said.

The previous two air strikes were carried out on September 19 and 24 near Murzuq, an oasis town some 1,000 kilometres south of Tripoli, killing eight and 11 IS ‘militants’ respectively, according to Africom.

Libya’s desert south lies outside the control of the GNA and of rival forces loyal to eastern strongman Khalifa Haftar, even though the latter allege to have a presence there.

Since the start of an anti-GNA offensive launched by Haftar on April 4 to take Tripoli, analysts have warned of a security vacuum that could benefit IS in other parts of the country.