Urges all quarte­rs concer­ned to implem­ent all the points of Nation­al Action Plan
By ​ Our Correspondent
Published: September 20, 2019
Tweet Email 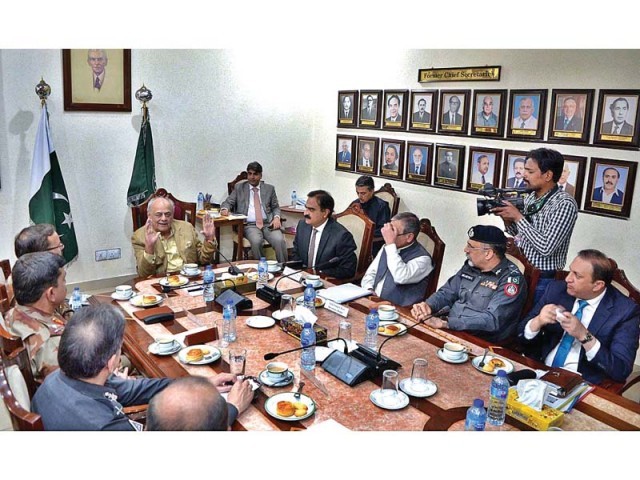 ISLAMABAD: Federal Minister for Interior Ijaz Ahmad Shah on Thursday reiterated that the government would take every possible measure to maintain peace in Balochistan.

During his visit to Headquarters Frontier Corps (North), the minister urged all the quarters concerned to implement all the points of National Action Plan (NAP).

Ijaz Shah said that directions have been issued to the officials of the provincial ministry of interior to further strengthen coordination among the provinces.

He appreciated the performance of Frontier Corps Balochistan in maintaining the law and order across the province along with countering criminal activities. Vowing to take all possible measures to maintain security, he added that FC Balochistan has been protecting the lives and properties of the people by rendering sacrifices in the war against terrorism.

Ijaz Shah was briefed about the operational preparations, surveillance of the border and maintenance of law and order by the Frontier Corps in Balochistan.

During the visit, the minister handed over the latest bomb disposal equipment from the Ministry of Interior to the law enforcement agencies.

Ijaz Shah also laid a floral wreath on the Yaadgar-e-Shuhada and offered prayers.

‘Communication and Works dept pivotal to uplift work in Balochistan’