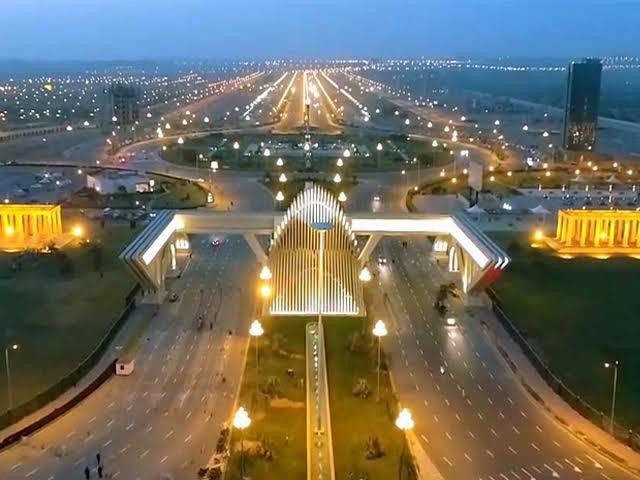 KARACHI: It was a settled matter until two days ago – settled by none other than the Supreme Court of Pakistan. But on Sept 12 & 13, an English-language daily tried to rake up old allegations against Bahria Town Karachi (BTK) in an attempt to resurrect controversies against the mega project which has set in motion a huge economic activity in the metropolis.

The two-part report flashed across the front page of the newspaper, based on a rehash of old allegations and accounts of some fictitious characters, led The Express Tribune to probe into the matter. And what transpired turned out to be contrary to facts and part of a smear campaign against the BTK – Asia’s largest private real estate developer. 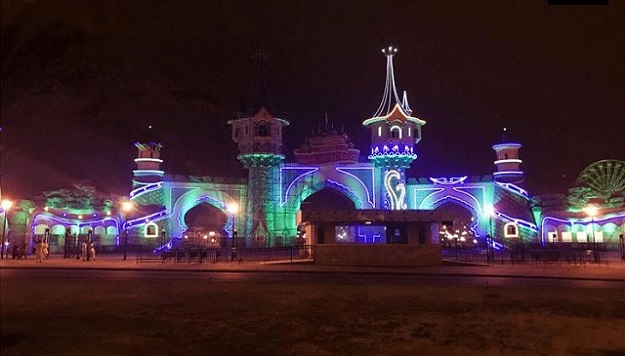 The timing of the report is telling. It came at a time when the national economy – which is not in a good shape – direly needs a fillip. And construction industry has the wherewithal to do just that. Construction of quality housing and infrastructure holds the key to economic turnaround. People opposed to such projects, especially those involving world class schools, colleges, hospitals, malls, markets, etc, are in fact opposed to development in Pakistan.

“Bahria Town Karachi is a whole new world – away from the cacophony of the teeming city whose infrastructure is in a shambles. It’s a modern project which not only provides world class housing, but also provides amenities beyond the basic requirements,” Shakeel Ahmed, a resident in the project, off Superhighway said while talking to The Express Tribune. 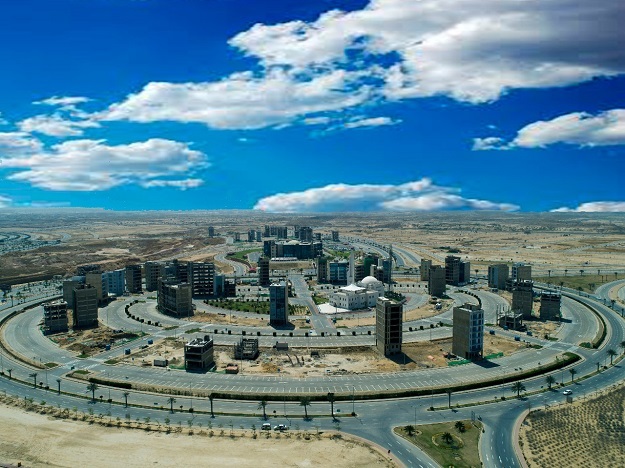 “It’s an oasis of modernity on the edge of a city which is rapidly caving in to its ever-growing population,” says another resident Tauseef Khan. “Bahria Town not only houses the world’s third largest mosque, but is also home to state-of-the-art hospitals, quality educational institutes, and dazzling shopping malls and markets.

Apart from meeting the housing needs of the growing population – that too in a quality way, BTK has also created employment opportunities for thousands of people – from labourers to engineers – who are working on the sprawling project on 16,896 acres of land off Superhighway.

Referring to the news stories about BTK in the English-language daily, most residents interviewed by The Express Tribune said such baseless reports were an attempt to stymie development work in Pakistan in general and in Sindh in particular where investment in development is badly needed. 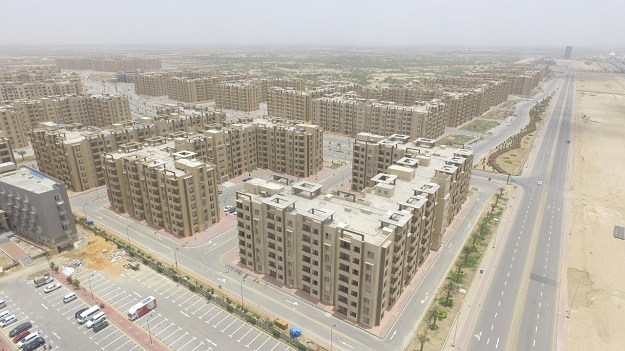 This mega project is doing what the cash-strapped government has been unable to do: overcome the shortage of housing units in Pakistan. At the same time, this project has also convinced people to invest in Pakistan’s real estate sector instead of taking their money out of the country and investing in Dubai and other developed countries.

According to official stats, Pakistan is currently facing a shortage of over 10 million housing units. Bahria Town Karachi is estimated to accommodate as many as 150,000-200,000 families of an average 5 to 6 people each.

The mega project has not only provided job opportunities to around 70,000-80,000 people for several years, but has also given a massive boost to around 70 construction and allied industries which is a must for much-needed acceleration in economic activities. 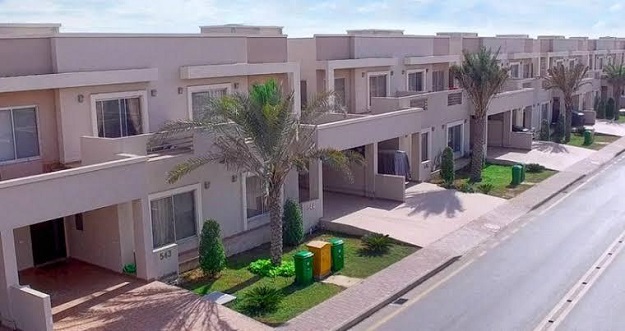 Officials have sought to debunk legal controversies around this project. “Bahria Town Karachi has fulfilled all legal requirements for acquisition of land (16,896 acres) from local residents,” an official of the Malir Development Authority, told The Express Tribune while speaking on the condition of anonymity.

“If the allegations of coercion and intimidation have any truth to them, then there would have been some FIRs in police stations or cases in the court of law against the developer,” he said. “There is no police case – no FIR, no litigation from anyone who sold out his land to the developers.”

“If allegations of coercion were true, then our ubiquitous media would have reported cases of intimidation of land sellers at the hands of influential,” he said while asking: “Have you seen any such report in the media?” 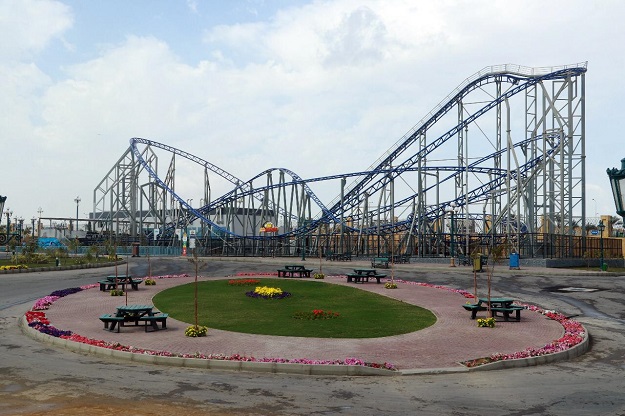 There have been no reports of bulldozing of houses, desecration of graveyards; baton charging of protesters, or riots in the area. “This is because the locals had sold out their lands and got the demanded price,” the official said. The charges of coercion are the figment of someone’s imagination.

Referring to the process of land acquisition, the official said a number of government offices and departments are involved in the transfer of land from the seller to the buyer, including the Malir Development Authority MDA itself, Land Utilization Department, Deputy Commissioner (DC) Revenue, and the Board of Revenue, Government of Sindh.

Advertisements were placed in newspapers for the land transaction before it was physically transferred from the seller to the buyer. They transferred the land after an advertisement campaign spanning over several weeks – and no one came forward to make claims. “The doors of district courts, civil courts, sessions courts, high court and the Supreme Court are open. If someone is having a complaint, they should go any court of law,” he said. These allegations against Bahria Town Karachi reek of mala fide intent, he added. 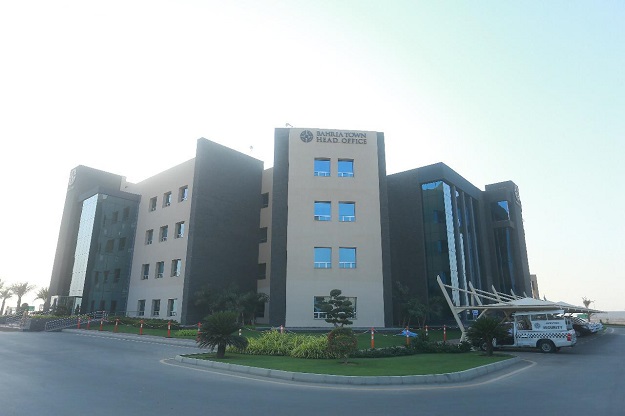 The official said some local influential, Waderas, in the area were trying to blackmail the developers into giving them commissions and threatening them with smear campaigns. They continue to create hue and cry and propaganda against the project for ulterior motives.

He recalled that the Bahria Town Karachi’s matter was finally settled by the Honourable Supreme Court in March 2019, following which development work resumed.

“The Supreme Court accepted the Bahria Town Karachi offer of Rs460 billion in the case and allowed it to go ahead with the project,” he recalled.

However, some miscreants are not happy with the Supreme Court ruling and want the project owners to pay them in cash and kind, he said, while explaining the latest smear campaign against the mega project. 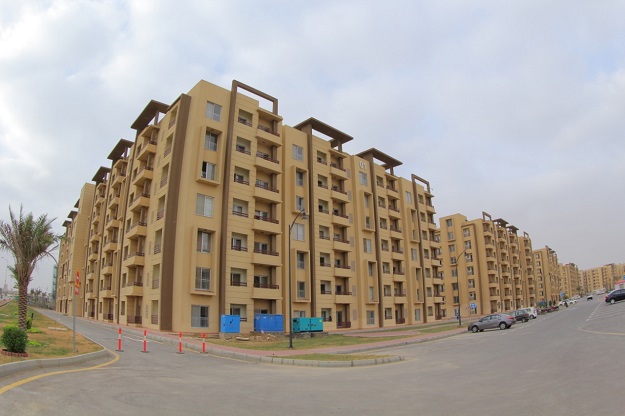 The Supreme Court decision in the Bahria Town Karachi case provided a huge relief to thousands of people who have invested millions of rupees from their life savings in the project. Biased reporting about this project would only jeopardise their savings.

“This is a huge project [worth trillions of rupees]. The decision would help boost economic activities as construction [sector] and dozens of allied industries [like cement, steel, labour, contacting companies, paint, electrical and electronic goods etc.] play significant role in GDP growth,” renowned businessman Arif Habib said on the day the apex court had given its verdict.

“Now, the decision should improve business sentiment and investors in the project would feel relieved because of the resumption of work on the projects.” 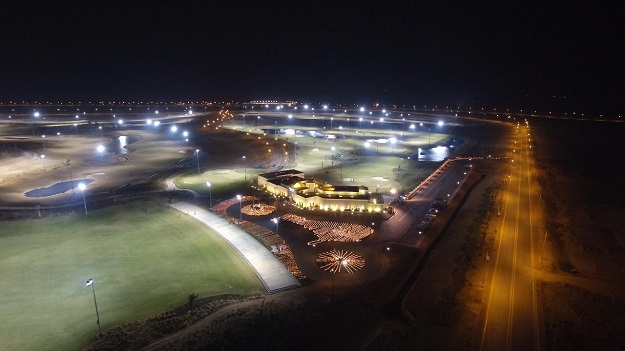 Another noted businessman, Aqeel Karim Dhedhi, said that the Supreme Court decision provided relief to thousands of people who had invested around Rs2 trillion in the project. He added that this decision would improve economic and business activities in the country.

According to Dhedhi, a halt to construction activities at the project site made construction and allied industries dead while the overall business sentiment in real estate and property sector went negative. “This increased unemployment and crimes,” he said. 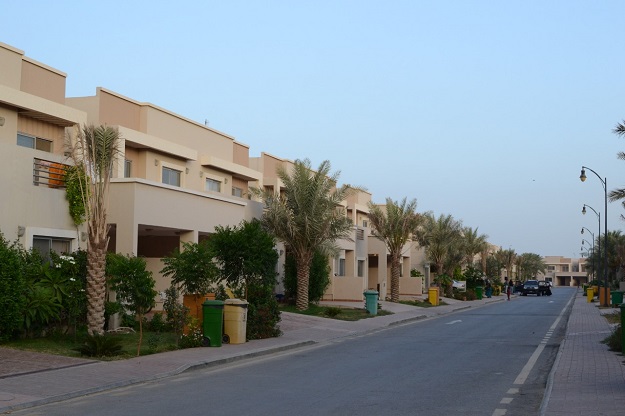 The Malir Development Authority said all legal formalities had been completed by the developers for Bahria Town Karachi. “They acquired land at Superhighway for the project in the manners Pak Fazaia and Pakistan Navy have acquired land for their respective projects,” the official said.

Another official at a government office said that Bahria Town Karachi has continued to construct the project through legal means as it did not use sand, gravel and water from Mole Naddi as has been alleged in the report. With the technology available, anyone can superimpose any construction equipment on any satellite drawings or maps, he added.

“Bahria Town Karachi has constructed 16 dams within the vicinity of the project. The dams accumulate and store rainwater which is later used for construction,” he said.

Besides, the project has also used treated sewerage water for plantation, he said.

“The sand and gravel being used in the project is brought from Jamshoro and Nooriabad on trucks,” he said. This is a matter on record and can be verified. 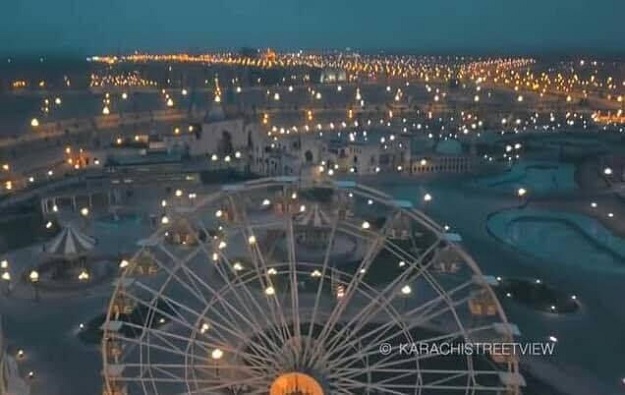 Ghulam Abbas, who is from Swat and drives truck to transport sand and gravel to Bahria Town, said he and his fellow truckers had never transported sands and gravel from Mole Naddi, but from other parts of the city.

“Gaddap town police is so strict. They never allow transportation of sands from Mole naddi to anywhere. Therefore, they have to go extra miles to bring the construction material to Bahria Town,” he said.

The official said Bahria Town Karachi is a commercial project. Why the owners would make it controversial through involving in illegal ways of construction when they know what is good for the project.

The official said Bahria Town did not expand construction of the project by an inch beyond the limits allowed by the Supreme Court in the recent past. 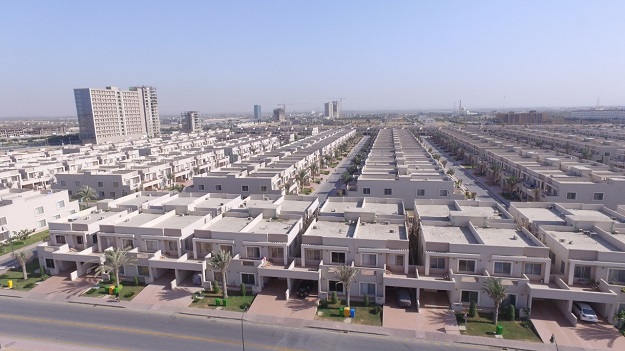 He wondered why questions were being raised about the Bahria Town Karachi project while the Supreme Court has allowed resumption of construction in March 2019.

A resident Ghulam Ali Gabol said he had sold the land back in 2014. “The land was lying for nothing for many years. The amount received against the sale of the land was partially utilised to buy a home for my family and I parked the remaining amount in a fixed deposit scheme in a bank. The bank is paying profit against the amount per month,” he said.

He said he was not alone who had sold the land, but he knew several people who sold their land in need of money to Bahria Town. “A couple of people were initially not interested in selling their land, but later decided to sell keeping in view the attractive offer,” he said.

NA panel asks govt to crack down against timber mafia

Rasool Bux, a resident in the neighbourhood of Bahria Town Karachi, wished to have basic amenities like shelter, schools and hospitals like people enjoy in Bahria Town project. “I have heard people in Bahria Town are having best of the best amenities inside the project.”

He said they have schools and hospital buildings in the area, but they do not provide quality services. He asked authorities concerned to learn something from Bharia Town and provide them basic facilities in the area. 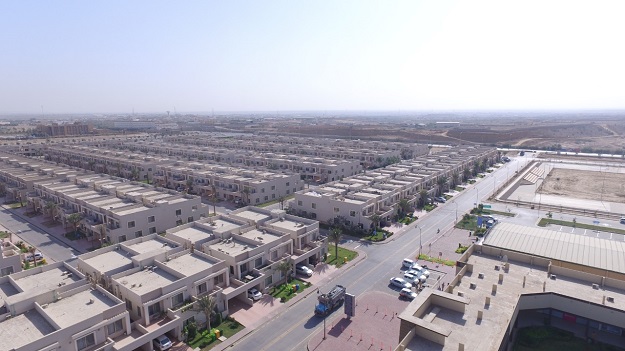 The area people said they had no issues with the Bahria Town project in their neighbourhood. Rather, they were happy that the project has lifted price of their lands manifolds.

“The Bahria Town project would convince authorities concerned to increase the quality of services in the time to come as it is almost impossible that the people of the area continue to live with poor facilities,” said one resident.