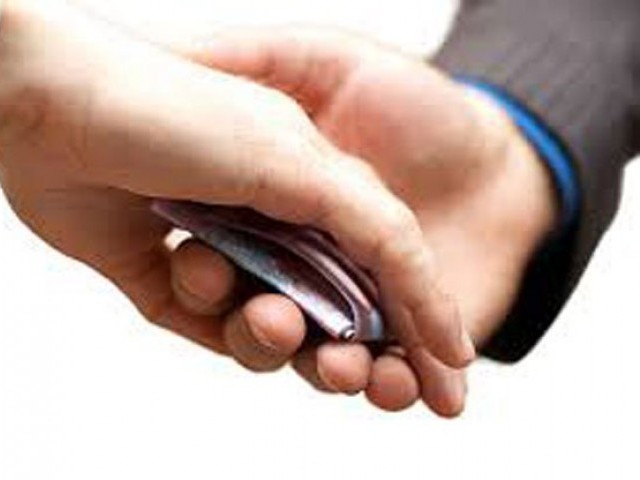 LAHORE: In a bid to make Punjab free of corruption, the provincial government has decided to tighten the noose on government officers and employees involved in or accused of such practices.

To this end, it will launch a crackdown on corrupt civil and police officers and absconding government employees. Special directives were issued to arrest all the culprits.

According to Punjab’s anti-corruption department, Chief Minister Sardar Usman Buzdar has instructed that special squads be sent to all district police officers (DPOs) of Punjab to arrest proclaimed offenders and corrupt employees after Ashura.

According to details available with The Express Tribune, the matter was discussed at the all regional directors’ conference presided over by the director-general of anti-corruption Punjab Nafees Gohar. He said in order to make Punjab corruption free, action will first be taken against corrupt professionals within the department. Thereafter, the crackdown will be launched against corrupt personnel in other governmental departments.

“The government has given me the task to make the province free of corruption, therefore, my priority is the self-accountability of the anti-corruption department,” Gohar said. “I am given a free hand to eradicate corruption and all accused individuals will be held accountable very soon.”

Sources said that in the light of clear directions from the government, the divisional directors of the anti-corruption department have been told that swift action should be taken against corrupt government employees irrespective of their ranks, portfolios or years of service.

The government further instructed the department to take special action against officers who have been reported by the public for taking bribes, particularly those working in registries of the finance department.

Moreover, drug inspectors at the health department, officers working for the National Accountability Bureau (NAB) and regional directors will also be monitored for corruption. Action will also be taken against officers found to have stakes in illegal housing societies and co-operative housing schemes.

According to the sources, about 519 government employees, found to be involved in corruption, are at large, while 221 are absconders in different cases. In this regard, CM Punjab has directed all regional police and district police officers to facilitate the anti-corruption department whenever they need to raid offices or arrest the officers concerned.

They have also been told to provide a special squad of police to the anti-corruption department immediately per their needs.

The director-general of the anti-corruption department also directed regional directors to take special measures so that there is smooth coordination among police officers when it comes to arresting the corrupt officers.

Nafees Gohar also directed to gather details of the assets possessed by all the officers and employees of the anti-corruption department before the end of September and create an organised record.

He also said that records of all past megaprojects will be rechecked to reveal cases of corruption, adding that the complaint mafia who blackmails government employees will also be eradicated during the clampdown.

“My doors are open to everyone and people are free to come here and lodge their complaints against corrupt police officers and government employees,” he assured. “The names of the informants will be kept secret for their safety and security.”