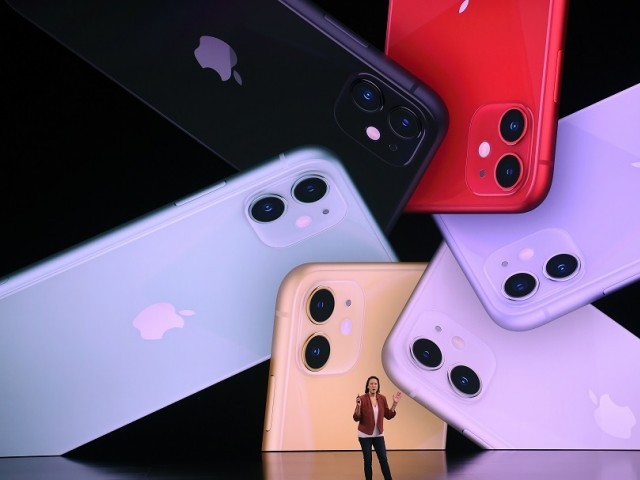 Apple, the company that transformed the music, mobile and personal computing industries, is relying on the ubiquity of its iPhones and iPads to take on Disney and Netflix in the battle for streaming TV customers.

It faces an uphill battle when it launches its Apple TV+ streaming service on November 1 for $5 a month against rivals with deeper libraries and years of experience making hit shows.

To quickly build a subscriber base, Apple is offering a year of free service for customers who purchase most Apple devices. Several Wall Street analysts said on Monday that the company could sell as many as 200 million of its latest iPhones to existing users upgrading their old phones.

Apple TV+ – which at launch will include eight original shows, including “The Morning Show,” featuring Jennifer Aniston and Reese Witherspoon and “See,” a sci-fi drama featuring Jason Momoa – will be available in over 100 markets at launch.

The big question is whether those customers will stick around after the free trial ends.

Ahead of the announcement, analysts and investors viewed Apple, which is late to the streaming war, as facing a tough fight competing with Netflix and Walt Disney Co’s Disney+. Apple is also trying to win out over HBO Max with its hit shows like “Game of Thrones,” “Friends” and “The Sopranos.”

Apple’s offerings are dwarfed by the extensive catalog of industry leader Netflix, which has a reported $10 billion budget for content and 151 million paid subscribers.

Disney+ has a budget of over $1 billion for original content – a figure that will grow to around $2 billion by 2024. It is priced higher than Apple TV+, at $7 monthly or $70 annually. A bundle that includes ESPN+ and Hulu will cost $13 per month.

Media executives and analysts believe that most households are willing to pay for more than one streaming service. Many believe existing Netflix subscribers are unlikely to cancel their subscription to pay for other services. 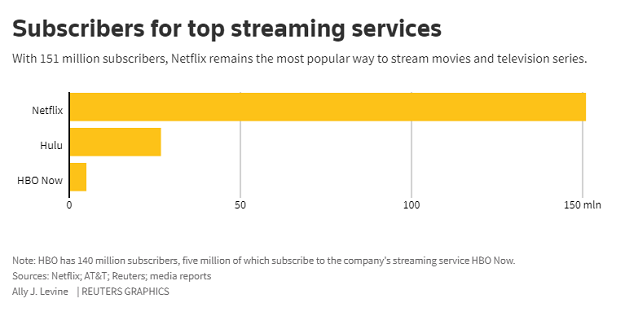 IAC Chairman Barry Diller told CNBC in July that Disney has the best chance of catching up to Netflix “because of its very, very popular content.”

Apple will not directly compete with Amazon Prime Video because that service is bundled with other perks of Prime membership – most significantly, free one- or two-day delivery on most Amazon orders.

Next spring, Apple will face another significant rival in television: HBO. The forthcoming HBO Max, from AT&T’s WarnerMedia, likely priced at $16 to $17 per month, has a library of HBO, Warner Bros and other content, and is investing in original content as well.

Apple, which is spending $2 billion on original content this year, is sitting on $210.6 billion in cash. “Apple has the firepower to outspend a company like Disney by a wide degree,” said media analyst Rich Greenfield.

For now, Apple TV+’s greatest advantage is its reach and its scale. With 1.4 billion devices worldwide, free service on most new device sales and a November launch in over 100 markets, it has the potential to do what no other service has done: be everywhere on Day One.