Feasts prepar­ed with fervou­r punctu­ate the routes of proces­sions during Ashura­
By ​ Our Correspondent
Published: September 10, 2019
Tweet Email 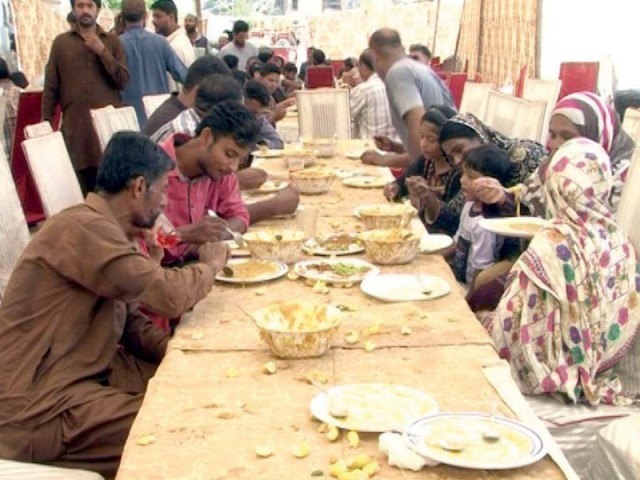 Spreads of food and drink and stalls serving Niaz are set-up along the procession routes in Karachi every year during Muharram. Cauldrons of haleem are prepared on the roads in different parts of the city and served to the public. PHOTOS: EXPRESS

KARACHI: As in other parts of the country, spreads of food and drink and stalls serving Niaz are set-up along the procession routes in Karachi every year during Muharram. As mourners march down major thoroughfares of the city, roadsides are punctuated with stalls serving feasts, prepared especially for the occasion. The ritual of preparing and distributing Niaz and Langar also results in a boost in business activity for the city’s food industry.

While the distribution of Niaz and feasts during Muharram are a customary practice for nearly all who engage in the remembrance of Karbala during this holy month, food is specially prepared for mourners on the streets during Ashura.

The residents of Kutchi Memon Society have been preparing free meals for mourners for more than 30 years. They prepare over 70 cauldrons of haleem to distribute among thousands of people free of charge each year. The volunteers say that when the practice first began in their area, the Niaz would be made for a few people and only two cauldrons would be prepared. This year, they claim to have made over six dozen cauldrons. 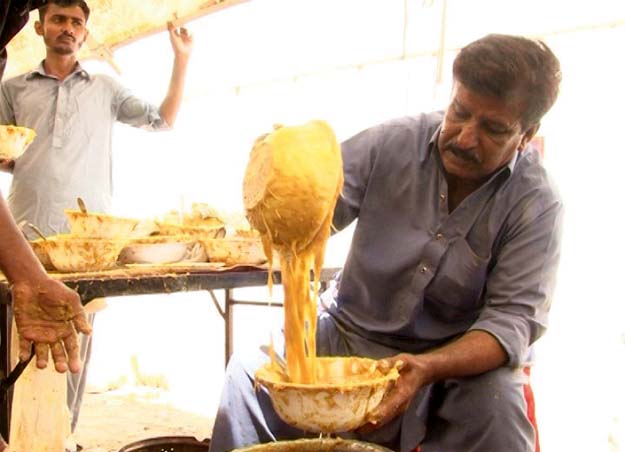 According to the residents of Kutchi Memon Society, Muharram is about paying tribute to the remarkable sacrifice of Hazrat Imam Hussain (RA). No amount of Niaz could be enough to constitute respect for the martyrs of Karbala, they maintain, while adding that the preparation of Niaz is a ritual on its own. It takes an entire night to prepare the feast and it is a task which can only be completed with the support of family, friends and neighbours, say the organisers. “It takes hours of mixing for the haleem to be ready by 10 am. Serving begins in the morning and continues till the evening. We all do partake in this seeking the blessings of God,” said one volunteer. “The occasion keeps the memories of Karbala fresh in our minds.”

Boost in the food industry

With feasts prepared for the public and the large-scale distribution of food and snacks among friends and family, dairy shops, grocery stores, commercial food centres, and caterers witness a surge in business activity during the days preceding Ashura which lasts during the month of Muharram. 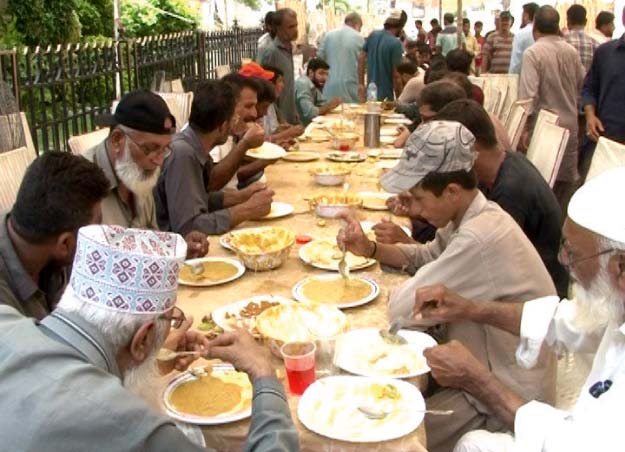 The demand for bakery items rises, tandoors receive massive orders, caterers are sought for large quantities of biryani and haleem and dairy products are also high in demand for the preparation of various beverages. Some retailers sell confectioneries, sweetmeats, juices, flavoured and packaged milk at discounted prices to facilitate Muharram processions and gatherings.

However, some households claim that there has been a hike in the rents charged for cauldrons and stoves this year as well as in the prices of various ingredients. The costs may have risen but the fervour of citizens during this holy month remains unaffected.

Speaking to The Express Tribune, Yasir of Haji Mehfooz Sheermal House said that given the rise in the prices of wheat, ghee and sugar, the costs of making taftaan and sheermal have increased manifold. However, he added, “we are receiving a large number of orders regardless and are also offering discounts for gatherings during this month.” Though devotees spend generously, their budget constraints also have to be respected, he added.