Only a crash will end slip-streaming qualifying queues, warns Hamilton

Only a crash will end slip-streaming qualifying queues, warns Hamilton 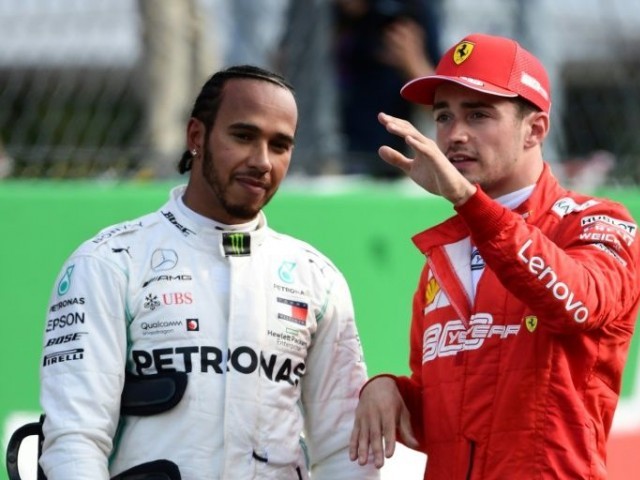 Formula One champion, who qualified second behind Ferrari's Charles Leclerc in his Mercedes, repeated his warning about the dangers of drivers slowing down in a bunch to find a tow. PHOTO: AFP

MONZA: Lewis Hamilton warned on Saturday only a crash would prevent future repeats of the slip-streaming farce that concluded Saturday’s qualifying session for the Italian Grand Prix.

The defending Formula One champion, who qualified second behind Ferrari’s Charles Leclerc in his Mercedes, repeated his warning about the dangers of drivers slowing down in a bunch to find a tow.

“I am sure it is going to continue, as positioning is key. If everyone is going out so late, it will continue to be an issue in places where you particularly need a tow,” said Hamilton.

“It won’t be until someone crashes that they will change. We are all trying to get a gap, which continues to be key… In some places, you want a bigger gap and in some places it is about the tow.

“It is the system that needs to shift a little, but I don’t think we need to start handing out penalties.

“We need to look at it and reflect and see what we can do to make it better. Better for the fans and less dangerous.”

After the session, which ended with only two cars producing lap times while the rest were timed out by the chequered flag, Hamilton had suggested Ferrari had been responsible for the outcome.

This was dismissed by Leclerc, who took his second successive pole following his maiden GP win in Belgium.

“It was definitely not intentional from our side. There was also Seb who was capable of having the pole position and we didn’t want to sacrifice one car for the pole with the other,” said Leclerc

“It was quite tricky. I definitely think that situations like what happened after the second corner shouldn’t happen — there were two cars side-by-side going at 20 kph and we couldn’t pass them.

“I think most of the drivers behind wanted to pass, but didn’t have the opportunity. These situations made a big mess towards the end and that’s why some cars didn’t make it to start their laps.”

“I thought internally we had a better way that we communicated this … It was not what we intended to do.”