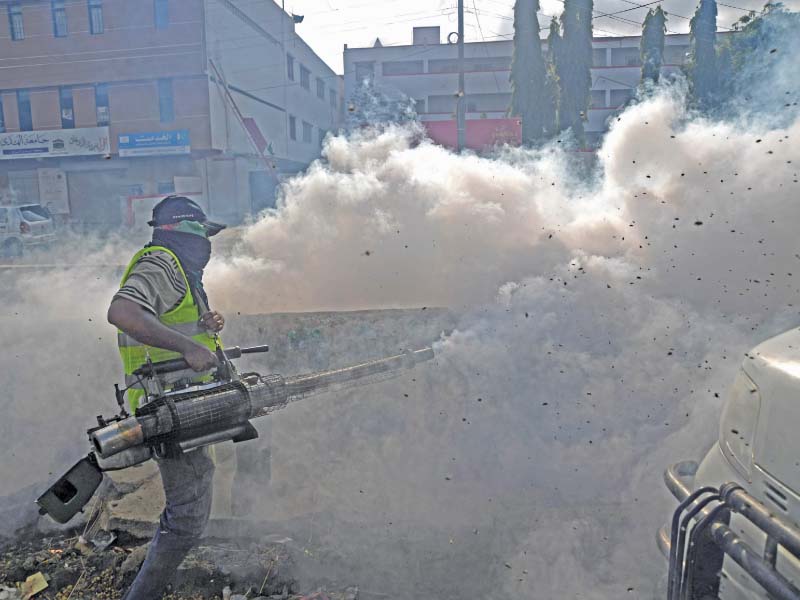 A KMC worker carries out fumigation against flies and mosquitoes. Flies have plagued Karachi since cleanliness condititions have worsened in the city after rain and Eidul Azha with streets still inundated with rainwater, sewage and offals of sacrifical animals. PHOTO: AFP

KARACHI: As Karachi continues to suffer the miseries left by recent rains, the Sindh government and the Karachi Metropolitan Corporation (KMC) seem unwilling to bail citizens out of this impasse on one pretext or other. 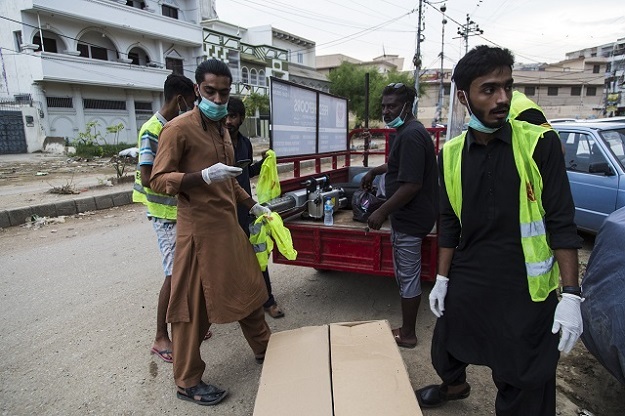 With swarms of mosquitos and flies growing all over the city in the aftermath the monsoon rains, the Karachi Metropolitan Corporation’s (KMC) fumigation drive has been unable in containing the spread of the disease-carrying insects.

Speaking to The Express Tribune, KMC officials said their fumigation efforts were severely hampered by a lack of both funds and insecticide chemicals. 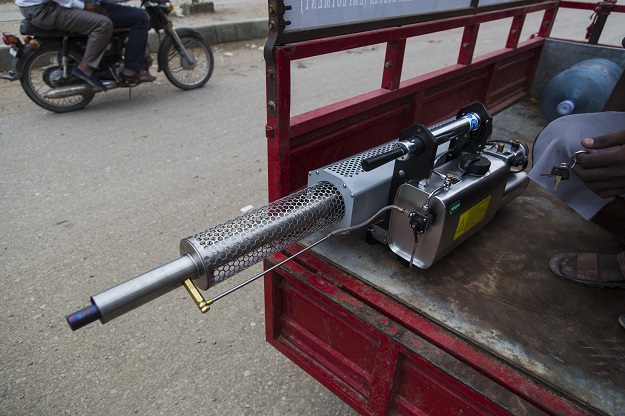 Meanwhile, accumulated rainwater, garbage heaps, sewage spills and uncollected offal from Eidul Azha sacrifices have turned many parts of the city into breeding grounds from mosquitos and flies.

According to officials, an insecticide spraying campaign carried out last month did temporarily contain the growth of the flying insects. But lack of consistency in the fumigation drive and another rainy spell undid the authorities’ efforts. 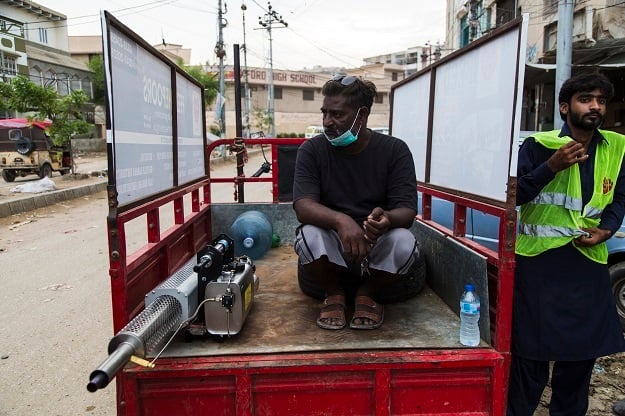 KMC officials estimate they need to spray at least 4,800 litres of insecticide over the remainder of the year given Karachi’s current situation. During last month’s fumigation drive, however, KMC could only spray 550 litres, they added.

“The Sindh health department had not provided us Deltamethrin, the insecticide we use, for roughly two years,” said KMC Fumigation Director Kashif Mirza. “Only due to media pressure, they provided us 300 litres just a day before Eidul Azha. We received another 100 litres from an NGO and were able to procure 150 litres more from other sources, but that was it,” he told The Express Tribune.

According to Mirza, the limited campaign was carried out in stages across the city till the end of August but was ultimately futile.

“We need to spray at least 1,200 litres every month given Karachi’s current situation. The spraying drive should be carried out for at least seven days a month,” he said. “But because we were unable to do so, mosquitos and flies have started to breed again and the recent rains have provided them even better conditions to do so.” 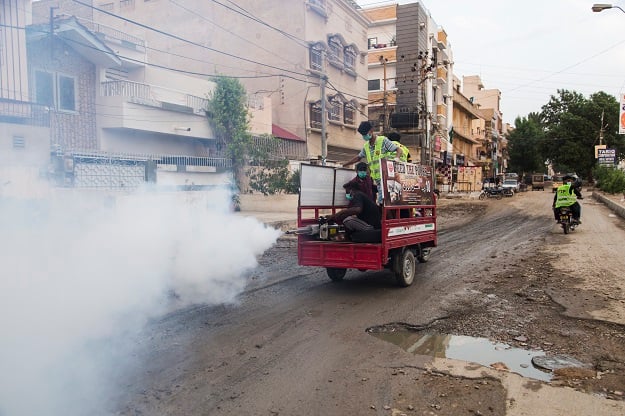 Mirza said KMC has sent repeated reminders to the Sindh health department for the provision of insecticide, but to no avail.

Meanwhile, experts warn that the growing spread of mosquitos, in particular, has placed Karachi residents at grave risk to viral diseases such as malaria, dengue, and chikungunya. Already more than 1,400 people have been affected by dengue this year so far. Six of them have died of the disease in Sindh. Most recently, over 200 Chinese nationals working on the nuclear plant near Hawke’s Bay contracted the virus.