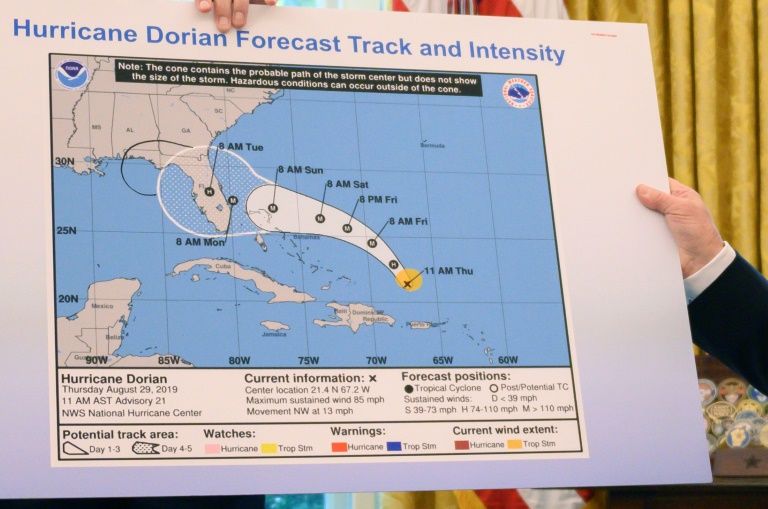 US President Donald Trump's map of the path of Hurricane Dorian extends the cone with what appears to be black marker to include the state of Alabama. PHOTO: AFP
WASHINGTON DC:

Trouble is raining down on US President Donald Trump, who appears to have given Americans incorrect information on Hurricane Dorian's trajectory. 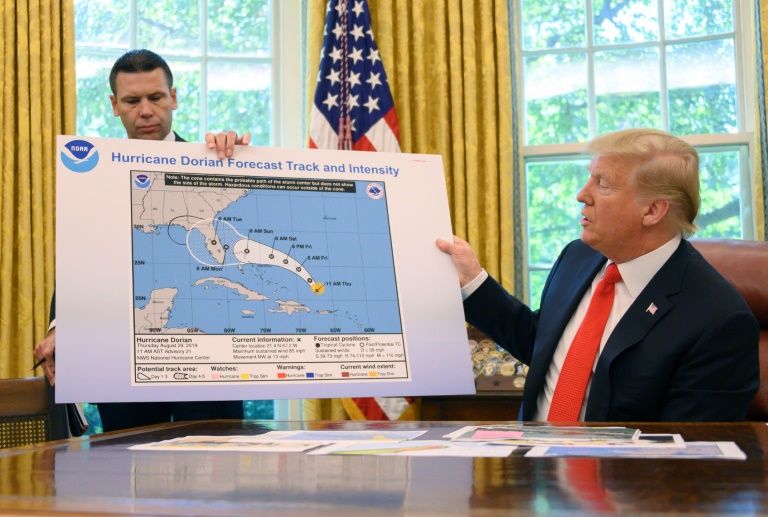 US President Donald Trump's map of the path of Hurricane Dorian extends the cone with what appears to be black marker to include the state of Alabama. PHOTO: AFP


As he held up the poster board to give the journalists present a better view, it became clear the map had been edited: Dorian's cone had been extended with what appeared to be black marker to include the state of Alabama.

When asked a few hours later about the surprising addition, Trump responded, "I don't know. I don't know," while continuing to maintain that the initial storm predictions included the possibility that Dorian would make landfall in the southern state.


Trump had incorrectly tweeted Sunday that Alabama was among the states - as well as Florida, Georgia and the Carolinas - that could be affected by the hurricane.

This was the originally projected path of the Hurricane in its early stages. As you can see, almost all models predicted it to go through Florida also hitting Georgia and Alabama. I accept the Fake News apologies! pic.twitter.com/0uCT0Qvyo6

Not long after, the National Weather Service's (NWS) office in Birmingham, Alabama appeared to respond to the contrary, though it did not explicitly mention Trump's tweet.


"Alabama will NOT see any impacts from #Dorian," it tweeted. "We repeat, no impacts from Hurricane #Dorian will be felt across Alabama. The system will remain too far east." 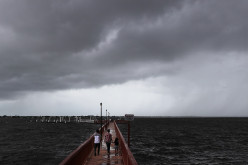 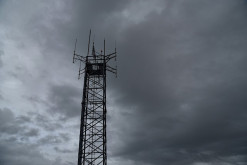 Bunny Rabbit | 10 months ago | Reply | Recommend DT urgently needs a good PR machinery. Poor thing he can't be expected to remember everything and anything all the time .
Replying to X
Saved ! Your comment will be displayed after the approval.
Error !
Error! Invalid Email.