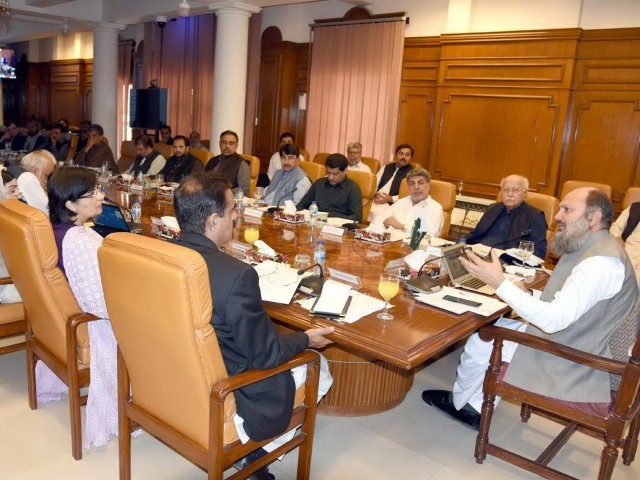 QUETTA: The provincial government on Monday decided to appoint a focal person in order to facilitate implementation on the federal government’s Ehssas programme in Balochistan, with the cabinet vowing complete support for its timely execution in the country’s least developed province.

Special Assistant to the Prime Minister (SAPM) on Poverty Alleviation and Social Protection Dr Sania Nishtar had earlier briefed the cabinet regarding the programme, including its technical training component which, she said, would help stimulate economic activity at the lower-tier.

“More than 10 million people in Pakistan will provide social protection through the programme while loans without interests will be provided to the masses so they could start their own business,” she said, adding that in the first phase the programme would be launched in 11 districts of Balochistan.

Hailing the intervention as much-needed and timely, the chief minister assured Dr Nishtar, who is also the chairperson of the Benazir Income Support Programme (BISE), of full support while expressing hope that its benefits would be spread across the province.

The cabinet also approved amendments in Electricity Rules 1937 – which regulates the generation, transmission, supply and use of energy – that has been enforced in Balochistan since 1980.

The amendments would allow the provincial government to collect revenue from the registration of electricity installations, their licensing and examination on an annual basis.

The cabinet members also agreed upon the development of the 200-kilometre Mach-Kharan Highway under the federal Public Sector Development Programme (PSDP) and approved construction.

It also reviewed the report submitted by the sub-committee of the health department regarding affairs of the Children Hospital Quetta, after which it was forwarded for further deliberation without a decision.

The chief minister also approved the re-publishing of the booklet of development schemes for the year 2019-20 after removal of mistakes. The meeting also approved funds for the construction of an auditorium and a hostel at the Institute of Medical Sciences Quetta.

Earlier, the BISP chief, who also visited Pishin, urged authorities to create awareness about the benefits of the Ehsaas programme. She also instructed the officials to ensure complete transparency in order to sustain people’s trust and make the project a success.

She also met women beneficiaries at the BISP Pishin office and solicited their feedback.