'Breaking Bad' film is coming to Netflix in October

'Breaking Bad' film is coming to Netflix in October

Six years after the final show ended, the storyl­ine will expand on the story of Jesse Pinkma­n
By Entertainment Desk
Published: August 25, 2019
Tweet Email 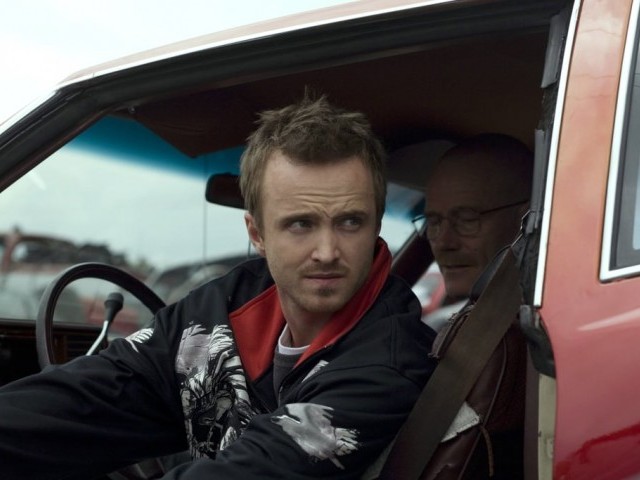 Turns out the story of hit series Breaking Bad isn’t quite finished.

Nearly six years ago, viewers of watched the final episode of that series, in which the drug kingpin Walter White emerged from hiding and sacrificed his life to rescue his one-time partner, Jesse Pinkman from an Aryan Brotherhood gang.

When White expired in a meth lab and the credits rolled, audiences believed it might be the last time they would see many of these characters, reported New York Times.

Hey New Orleans! Who wants some drinks? Me and this slacker are going to be serving up some Dos Hombres Mezcal from 2-4 tomorrow afternoon near Jackson square. Come say hello! Must be of legal drinking age to enter the bar. Come thirsty! Exact location will be disclosed soon. @coryt

Netflix announced it will release a new Breaking Bad film that will centre on Pinkman, the excitable meth cook played by Aaron Paul, who was last seen in the TV series speeding off in a stolen Chevrolet El Camino to parts unknown.

Netflix’s ‘You’ Season 2 will be creepier than before

The film, called El Camino: A Breaking Bad Movie, was written and directed by Vince Gilligan, the creator of Breaking Bad, and will be released on Netflix on October 11.

“It’s a chapter of Breaking Bad that I didn’t realize I wanted,” Paul said in an interview. “And now that I have it, I’m so happy that it’s there.”

Netflix provided only the briefest plot summary of El Camino, which states, “In the wake of his dramatic escape from captivity, Jesse must come to terms with his past in order to forge some kind of future.”

Paul said in the interview that he was forbidden from revealing anything more about what happens in the film. But, like the show’s fans, he said he also believed he had said goodbye to the world of Breaking Bad when the TV series concluded.

“It was a hard, emotional thing for all of us,” Paul said. “And when the finale happened, we all got together and hugged it out and said I love you. And that was it.”

5 natural drinks that will help you lose belly fat