Says only two person­s have been killed due to K-Electr­ic’s neglig­ence
By Adil Jawad
Published: August 20, 2019
Tweet Email 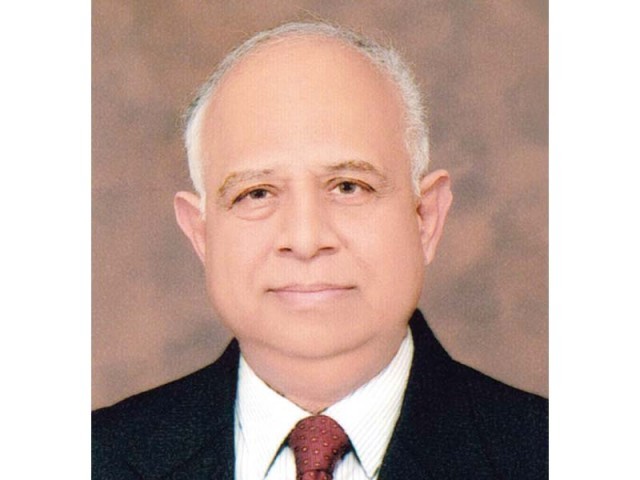 KARACHI: With at least 33 people having been killed due to electrocution during the recent spell of rains, the K-Electric (KE) has said that civic agencies and various ‘mafias’ are responsible for the majority of the deaths. The power utility’s chairperson, Ikram Sehgal, admitted, however, that two deaths were caused due to the KE’s negligence.

Over the last couple of weeks, the power utility has received much flak for its inability to develop its distribution network and a large number of incidents of electrocution. On Monday, The Express Tribune sat down with Sehgal, who is chairman of KE’s board of directors, to understand the causes and any preventive measures in the pipeline.

In a recent board meeting, said Sehgal, the KE administration had informed him and other board members that “there are only two incidents of electrocution caused due to the power utility’s negligence.” He added that the recent incident in Defence Housing Authority, in which three young friends were electrocuted from a KE electricity pole, was caused by a cable wire, which had been illegally connected with the KE’s network. “When we investigated the incident, we discovered that the electricity pole was still live after we had disconnected the power supply,” he explained. “We found that in fact, it was the cable wire that fell and stuck to the electricity pole and caused the incident,” he added.

For Sehgal, the internet and TV cable ‘mafia’ is one of the biggest culprits in the recent incidents. “According to our investigation, there were at least eight incidents that were caused by illegal cable connections in the recent spell of rain.”

That, according to Sehgal, is the crux of the matter. He blamed the local bodies and other civic agencies for the deplorable condition of stormwater drains, which caused water to accumulate in many areas of the city. “The armed forces managed to save the city from terrorism, but they must now relieve its citizens of these mafias.” The mafias, he claims, have infiltrated local bodies and are involved in installing illegal electricity poles and kundas, besides running TV and internet cable services.

In response to a question regarding the cases registered against him, Sehgal smiled and retorted: “I don’t know why Waseem Akhtar has a problem with me. I have never asked for him to be held accountable for May 12 incidents.”

What is needed, said Sehgal, is better coordination among the various civic agencies and utility service providers. “We should all sit together and come up with solutions for the betterment of citizens,” he added.

The KE, however, does realise that more must be done to prevent such incidents in the future. The board has now decided to enlist the services of an independent surveyor, who will be tasked with investigating each incident of electrocution and come up with a detailed proposal on what preventative measures can be taken in the future. “We will get this done by a reputable independent surveyor so that its findings are beyond reproach.”

With the Shanghai Electric Power Company’s offer for the acquisition of a majority stake in K-Electric from Dubai-based Abraaj Group expiring for the fourth time at the end of this month, Sehgal appeared optimistic that the deal would still go through. “We are still in talks with the Shanghai Electric,” he told The Express Tribune. “The real hurdle,” he said, “was that the NEPRA hadn’t announced the multi-year power tariff, which is why the KE couldn’t publish its accounts for the last three fiscal years. Now that this has been resolved, we have already published our accounts for up to 2017, while those of 2018 will be published in September and then 2019 in December.”