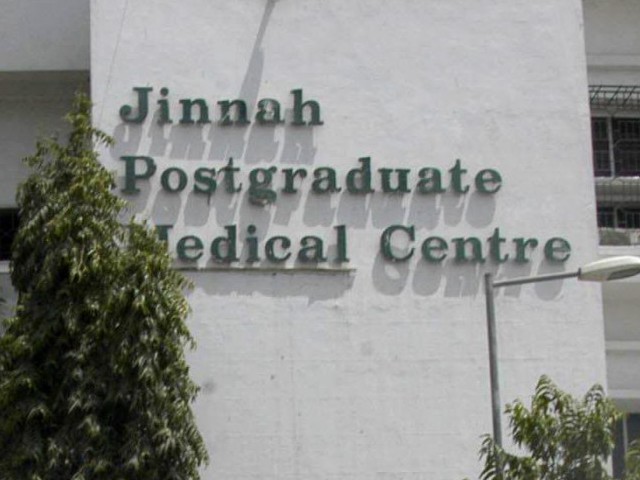 NICVD Executive Director Prof Nadeem Qamar led the flag hoisting ceremony in NICVD’s front yard which was decorated with national flags and buntings. He was joined by staff members as they expressed hopes for a prosperous Pakistan.

Prof Qamar said that the world was witnessing the Pakistani nation’s support for the Kashmiri people and Pakistan would continue to extend moral support to Kashmiri people till they are given their right to self-determination.

“We will not leave them alone at any stage. Kashmiris and Pakistanis are one. Our grief is common as their tears move our hearts,” he said. “We are standing with them and will continue to do so,” he added.

He remarked that freedom is a blessing and said that the onus was on us to present Pakistan as a progressive and prosperous country. “Thus transforming Pakistan under the visions of its founding leaders, Quaid-e-Azam Muhammad Ali Jinnah and Allama Iqbal.

Meanwhile, an Independence Day ceremony was held at Jinnah Postgraduate Medical Centre (JPMC). Addressing the ceremony, JPMC Executive Director Dr Seemin Jamali said that Pakistani doctors and paramedical staff were willing to struggle alongside the Pakistan Army for Kashmir’s independence. She said that she and her team would be with the soldiers on the day the Pakistan Army decides to enter IoK. “Pakistan is incomplete without Kashmir.”

The national flag was hoisted after which the doctors, paramedic staff, nurses and patients at JPMC took out a rally shouting slogans in favour of the Pakistan Army and the people of Kashmir.

KU celebrates Independence Day, expresses support for the Kashmir cause