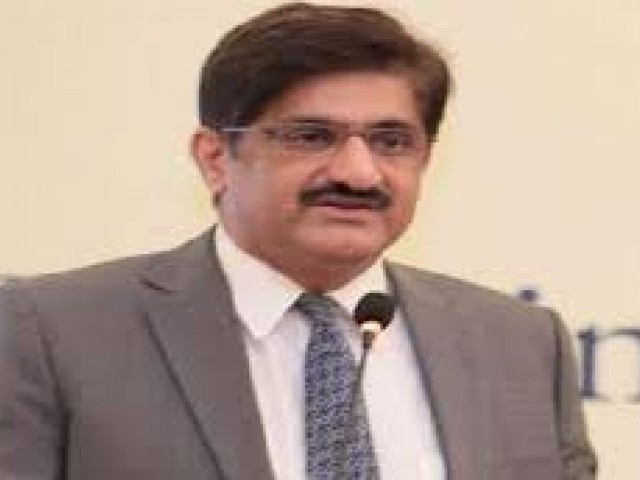 The chief minister made these revelations while presiding over a preparatory meeting for the expected heavy downpour in the coastal districts of the province at the CM House on Wednesday. PHOTO: APP

KARACHI: Sindh Chief Minister Syed Murad Ali Shah has revealed that his government has spent a staggering Rs120.3 on developing Karachi’s infrastructure over the last six years. He added that the provincial government had spent Rs495.04 billion in development funds across Sindh from the fiscal year, 2013-14 to 2018-19.

The chief minister made these revelations while presiding over a preparatory meeting for the expected heavy downpour in the coastal districts of the province at the CM House on Wednesday.

The CM also claimed to have started 40 mega projects of construction and improvement of road networks, flyovers, bridges and underpasses, up-gradation of filter plants, pumping stations and construction of stormwater drains.

He added 20 mega schemes have been completed to date at a cost of Rs15.33 billion and another 20 schemes, estimated at Rs12.474 billion, are included in the current fiscal year’s Annual Development Plan.

During the same period, Rs10.27 billion have been spent on 75 schemes pertaining to the education sector in Karachi.

CM Shah directed LG minister Syed Nasir Shah to alert the local government staff for the forthcoming rainfall that has been predicted by the Pakistan Meteorological Department.

“Mostly, the coastal belt of Karachi, Thatta, Badin and some parts of Hyderabad would be affected, therefore the KMC, DMCs, water board, deputy commissioners and other municipal bodies must be put on alert,” he said.

The CM also directed the commissioners of Karachi and Hyderabad division to alert the relevant deputy commissioners to help people and assist in the disposal of rainwater.

“I want you to focus on low-lying areas where rainwater accumulates when heavy rains are received,” he said, adding that suction machines must be installed there and the drainage system must also be cleared to allow for the smooth flow of water.

The LG minister said that emergency cells have been set up in each of the respective local bodies, besides one in his department which would monitor the situation. “I will be visiting the cities that receive heavy rains,” he said.