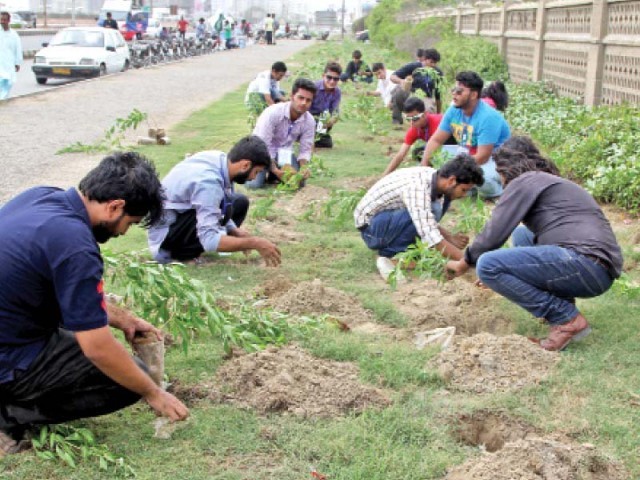 The Punjab government has set a target to plant nine million saplings during the ongoing drive. Speaking on the occasion, the chief secretary said that the campaign should be made successful by exceeding the fixed target.

He maintained that protecting the environment is a national cause. “Planting trees is imperative to control growing pollution. The federal government is paying special attention to this issue,” he said.

He added that that providing a clean environment to the people is a priority of the government and practical steps are being taken for this purpose. He also asked the relevant departments to maintain close coordination with federal institutes and to play their role in making the tree plantation campaign a success.

He said controlling environmental pollution is a service to humanity and there is a need to work for the environment on an emergency basis. The CS urged the people to actively participate in the drive in order to make it a success. He also underlined the need for launching a community mobilisation and awareness campaign regarding the benefits of trees.