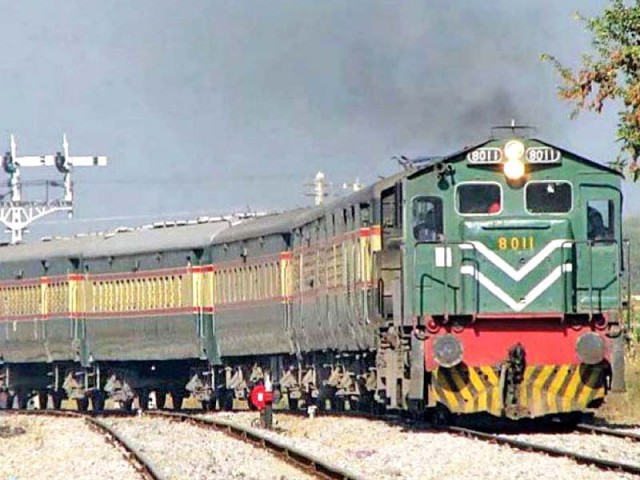 ML-I is the only project of CPEC that has been declared “strategically important” by both China and Pakistan but it has faced delay of at least four years. PHOTO: FILE

ISLAMABAD: The financing issue of the multibillion-dollar Mainline-I (ML-I) project of the China Pakistan Economic Corridor (CPEC) remained unresolved due to ambiguity over taking new loans under the International Monetary Fund (IMF) programme, said a top official on Monday.

The Ministry of Planning and Development did not have clarity about whether the country could sign a new loan deal with China for the construction of $8.5-billion ML-I project of the Ministry of Railways, said Planning Secretary Zafar Hasan in a parliamentary committee meeting.

There were also “flaws” in the ML-I framework agreement signed between China and Pakistan in May 2017, said Hasan while speaking during a meeting of the National Assembly Standing Committee on Planning and Development. The secretary’s statement would pour cold water on the ambitions of Railways Minister Sheikh Rashid Ahmad, who has lately involved Prime Minister Imran Khan to get the ML-I project cleared from the planning ministry.

“PC-I of package-I for the upgrade of Pakistan Railways’ existing ML-I and establishment of a dry port near Havelian, submitted by the Ministry of Railways to the Planning Commission, shall be processed for consideration of the CDWP and Ecnec in two weeks,” read an order of the PM Office. The order was issued on July 29.

The PM issued the directive after the planning ministry’s bureaucracy showed reluctance to process the ML-I project due to increasing probe by the National Accountability Bureau (NAB) into CPEC affairs. “There is no clarity on whether we can take more loans or not under the IMF programme and only after getting this clarity we can start negotiations with China,” said Hasan.

The IMF has not directly stopped Pakistan from entering into any new CPEC deal but it has brought CPEC under the overall debt sustainability matrix of Pakistan.

“Our goal is to help countries to keep debt at sustainable levels and we do not advise any country from whom to borrow,” said Teresa Daban, Resident Representative of the IMF, on Monday while interacting with media at the National Press Club. “Right now, Pakistan’s debt is not at a sustainable level,” she said.

In his briefing to the parliamentary committee, the planning secretary maintained that the government stood committed to the ML-I project and was looking into its modalities for implementation.

But he added that “at the time of making PSDP 2019-20, there was a thinking that the ML-I project might not be taken up in this fiscal year,” said the planning secretary. There was also a flaw in the ML-I framework agreement, which put financing issue at the end instead of taking it up upfront, said Hasan.

Due to increasing number of accidents, the government was considering taking up the ML-I project in the next CPEC Joint Cooperation Committee meeting with China, said the planning official.

After firming up the design and scope, the Ministry of Railways has submitted the third proposed PC-I (Project Cycle-I) of the ML-I project with the Ministry of Planning for review and placement before the Central Development Working Party (CDWP) for clearance.

The railways ministry has estimated the cost of package-I of the project at $2.4 billion, showed official documents. The original cost of the full project had been estimated at $8.2 billion. The project has now been split into three phases besides reduction in its scope. ML-I is the only project of CPEC that has been declared “strategically important” by both China and Pakistan but it has faced delay of at least four years.

The planning ministry also informed the standing committee about the outcome of the 11th Five-Year Economic Plan implemented during tenure of the previous Pakistan Muslim League-Nawaz (PML-N) government.

Against the allocation target of Rs3.04 trillion, the actual spending remained at Rs3.2 trillion, which was 5% higher than the target, the planning ministry informed the standing committee. The 11th plan period (2013-18) was one of the best development periods of Pakistan, said Iqbal. The committee directed the ministry to present comparison of the last three five-year plans.

The secretary also briefed the meeting about the proposed targets of the 12th Five Year Plan, which was already facing delay of one year.

Things were in a flux at the moment and the planning ministry had to modify the previously projected 4.6% economic growth rate for this fiscal year, said Hasan. There was discussion about economic growth of 2% to 2.5% this year, he added.

“The government is bringing realism to its 12th economic plan and targets are being set broadly in line with IMF projections,” said the planning secretary. The over-ambitious targets could never be met, therefore, the government had decided not to set ambitious macroeconomic goals, he added.