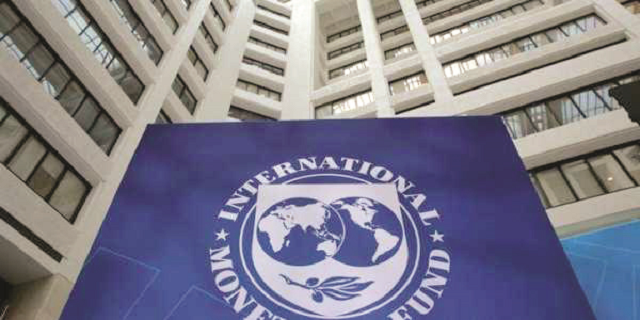 Comparison of economic indicators reveals Pakistan’s situation is not that grave. PHOTO: FILE

LAHORE: Pakistan has a long history of signing the International Monetary Fund (IMF) programmes to address its balance of payments crisis and structural economic imbalances.

There is much talk about imitating the IMF recipe practised in Egypt recently to address Pakistan’s lingering balance of payments challenge and other structural adjustment issues. So, there is a need to compare and analyse macroeconomic indicators of both the countries and to gauge the outcome in Pakistan’s case.

Egypt sought a three-year loan programme of $12 billion under the Extended Fund Facility in 2016. The central bank of Egypt freely floated the exchange rate after entering the programme, which raised the value of the US dollar against Egyptian pound by approximately more than 90% immediately.

This massive depreciation of the currency, along with removal of energy subsidies, raised the headline inflation to 33%.

A slight improvement in the current account deficit has been noted that can be attributed to a precipitous decline in the currency value, which resulted in enhancement of foreign remittances and boosted tourism but trade deficit is barely perceptible to notice.

Fiscal deficit of Egypt is still more than 8.5% of GDP and the debt level has increased more than 150% during the IMF programme. Its foreign exchange reserves increased from $26 billion to $42.5 billion on account of phasing out capital controls.

In the case of Pakistan, the situation is not as grave as the one Egypt was passing through. It holds international reserves of approximately $10.3 billion and the current account deficit is around 4% of GDP, fiscal deficit is 7.2% and short-term liabilities are $14.74 billion. Trade deficit from July 2018 to March 2019 was $23.6 billion.

In Pakistan, the Real Effective Exchange Rate (REER) is approximately around 100 whereas in Egypt REER was 130 and dropped immediately to 80. It is anticipated that REER would touch 80 to 85 in the case of Pakistan, which will translate into rupee value of around 165 to 175 against the dollar as the State Bank is moderately allowing upward adjustment in the dollar exchange rate after switching to the floating exchange rate regime.

The devaluation of the rupee will trigger another round of inflation (CPI 10-12%), which will force the policy rate to touch 15% as it is already 13.25%.

Pakistan’s economic malaise stems from its dependence on imports. It lacks a competitive export basket of higher value-added items, with cotton products, leather and rice accounting for 69% of exports.

In the other direction, Pakistan imports large quantities of machinery, electronics, metals and oil – its most expensive import – which together account for half of the country’s $60 billion in annual imports. As a result, Pakistan has run a persistent trade deficit, which totalled $36 billion in 2018.

The current IMF programme will enable Pakistan to generate $3-4 billion through dollar bond. There is expectation to raise funds through trade in debt securities. A similar phenomenon was observed in Egypt where the country received $20 billion in inflows of local debt from foreign investors.

With the IMF programme, funds ($5-6 billion) from the Asian Development Bank and the World Bank will flow that will add to the international reserves. In the last IMF programme, Pakistan raised a total of $2.5 billion in Eurobonds.

The IMF conditionality is always severe and hard to adjust, therefore, Pakistan has a long history of early exit from most of the IMF programmes. Like earlier programmes, the conditions of the latest IMF programme are to reduce the budget deficit by increasing indirect taxes, raise utility tariffs, reduce losses of state-owned enterprises (SOEs) by aggressive privatisation, eliminate tax exemptions and the most critical conditionality to float exchange rate.

This is expected to put tremendous pressure on the rupee-dollar parity and will push rupee value against the dollar to 165 to 175 at the end of this fiscal year.

There is hue and cry in the electronic and social media about the weakening rupee, decline in the Pakistan Stock Exchange and weak administrative controls, which are causing unwarranted price hikes, hoarding of stocks and frustration among masses.

The political milieu is also not encouraging. Opposition parties are joining hands to give tough time to the government, which will in turn stagnate the economy and deepen the crisis. How to ease out the situation for the common man? The answer is not an easy one.

The present government, in a bid to reduce the fiscal deficit, curtailed development spending, raised tariff and non-tariff barriers to suppress imports and control balance of payments crisis, introduced conditions of filers for real estate transactions and automobile purchases and allowed the tax machinery to investigate and attach bank accounts. This is the domestic situation.

Internationally, the Financial Action Task Force (FATF) negotiations and the China-Pakistan Economic Corridor (CPEC) ramifications start surfacing. All this led to economic slowdown and breeding of distrust among various stakeholders of the economy.

Pakistan’s economy is characterised by frequent boom-and-bust cycles. After the latest spell of growth, rising fiscal and trade deficits are now forcing the government to cool the demand for imports and implement austerity measures. Implementing these measures will slow growth, creating opportunities for the political opposition.

The writer is DC Customs Lahore