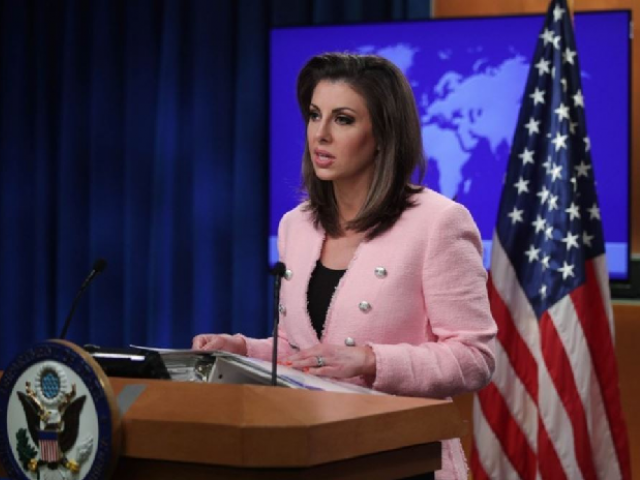 The United States has said that it is time for Washington to build upon progress on the success of Prime Minister Imran Khan’s first meeting with President Donald Trump and Secretary of State Mike Pompeo.

“This meeting, of course, gave the chance for the president and the secretary to meet with Prime Minister [Imran] Khan, to build a personal connection and rapport. And now we think it’s time to make progress on the success of this first meeting,” she explained.

When asked how the State Department sees the Pak-US and Pak-India ties progressing after Imran’s US trip, the spokesperson said, “I would note one of the things that the prime minister says that he vowed to urge the Taliban to negotiate with the Afghan government. We are committed to peace in Afghanistan. We think that was an important step.”

“And there was a number of issues that were discussed not only in the president’s meeting but with the secretary’s meeting as well, and now is the time to build upon that meeting and to build upon those commitments,” Ortagus continued.

When asked about Imran’s statement that there would be good news on US hostages soon, Ortagus said the Trump administration had a “very strong record, actually, on getting American hostages returned”.

“We take human lives incredibly seriously, and we will use every means available at our disposal to secure and to see the secure and safe return of American citizens who are held hostage abroad. The prime minister [Imran Khan] did say that. We are, of course, working closely with the Pakistanis on recovering them. We think his statements were helpful and we’re of course hopeful that there will be some action proceeding those statements.”

President Trump gave a warm reception to PM Imran and his delegation including the Chief of Army Staff (COAS) Gen Qamar Javed Bajwa and the head of the ISI intelligence service in the US.

The premier returned home from Washington on July 25 after the visit seen by supporters as a major diplomatic success, saying he felt like he had when he came back after winning the cricket World Cup.

PM Imran said Pakistan was able to present itself on equal terms with Washington. He was also positive the US president would also soon visit Pakistan.