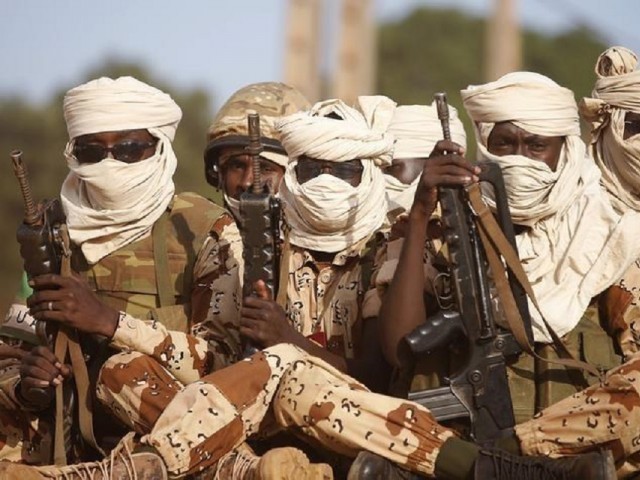 KANO, NIGERIA: Militants aligned with the Islamic State group released a video on Thursday purporting to show a female aid worker and five male colleagues kidnapped in an attack in northeast Nigeria.

Aid group Action Against Hunger said earlier that one of its staff members along with three health workers and two drivers were missing after their convoy was attacked last on Thursday near the border with Niger.

In the three-minute video a woman wearing a bright blue hijab who says she is the abducted aid worker addresses the camera in English while seated in front of five men she describes as her colleagues.

The footage seen by AFP was released through the same channels as previous videos from the IS-linked Islamic State West Africa Province (ISWAP).

An employee at another NGO confirmed the identity of the missing aid worker.

The hostages are believed to be held in the ISWAP enclave on the shores of Lake Chad.

Villagers told AFP the kidnapped aid workers were seen with their armed captors passing through the villages of Chamba and Gatafo on the day of their abduction.

ISWAP is a splinter group of Boko Haram that swore allegiance in 2016 to IS leader Abu Bakr al-Baghdadi.

Two female aid workers with the International Committee of the Red Cross (ICRC) were murdered by ISWAP last year and an aid worker with the UN children’s agency UNICEF is still being held by the group.

Since 2009 more than 27,000 people have been killed and some two million forced from their homes by the Boko Haram conflict.

US plans new Russia sanctions over support for Venezuela’s Maduro