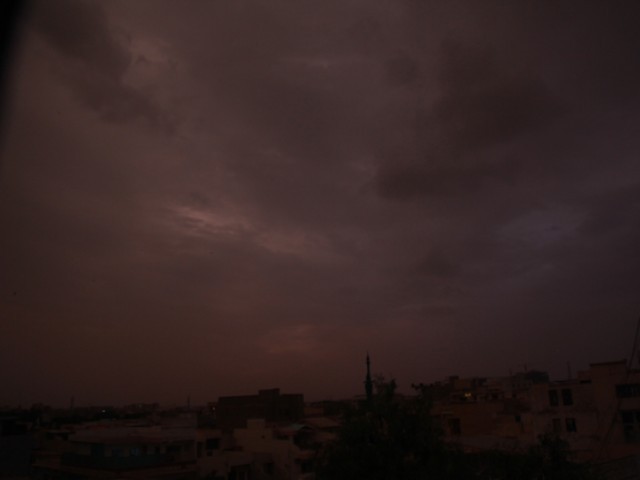 The velocity of winds is increasing due to the fusion of extremely strong seasonal low lay over Balochistan and winds from the Arabian Sea. This is commonly known as Somali Current which is recorded every year during May and June.

Strong gusty winds started blowing over the city in the middle of Saturday night and continued for the whole of Sunday. The highest speed of wind was recorded at 50 kilometres per hour.

The speed of the winds was higher in the suburbs of Karachi. The city remained either completely or partly cloudy on Sunday while many areas of the city also experienced drizzle in the morning.

According to the Met department, mercury rose to 35 degrees Celsius on Sunday while the lowest temperature was 29 degree Celsius. Humidity level in Karachi was recorded at 61%.

It is expected that the weather will remain cloudy, strong winds will blow and the city will witness light rain and drizzle in the morning and night.