KMC comes down hard on people stealing its electricity

KMC comes down hard on people stealing its electricity 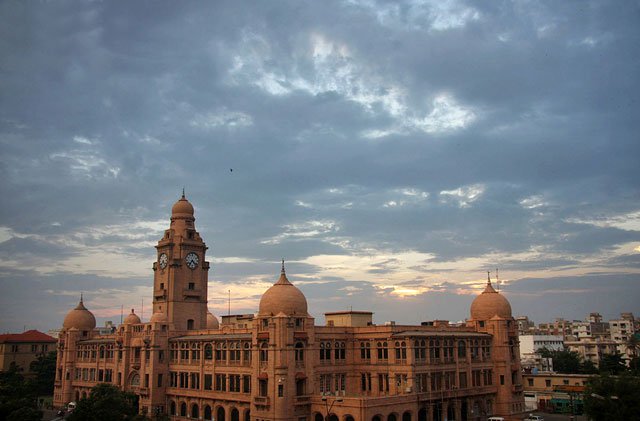 KARACHI: The Karachi Metropolitan Corporation (KMC) cut off the power supply of various residential quarters, homes and flats built on the premises of hospitals and parks that despite having sub-meters installed, were stealing electricity from KMC through illegal connections. The step was taken on the directives of Karachi Mayor Wasim Akhtar.

Metropolitan Commissioner Dr Syed Saifur Rehman paid surprise visits to various hospitals where he inspected the power connections in the residential quarters. He ordered the removal of the connections that were found to be siphoning power from the hospitals, for which the KMC foots the bills.

Among his visits, the Gazdarabad General Hospital was a stop. Chief Electrical and Mechanical Engineer Anees Qaimkhani, hospital’s MS Abdul Haq and several others were present on the occasion. The power supply of 15 residential homes that were illegally using electricity from the connection provided to the hospital despite having their own sub-meters, was cut off during the visit.

Rehman said that the residents dwelling within the limits of any institution should use their own sub-meter and not run their homes through illegal power supply from the institution. He said that 14 big hospitals fall under the management of the KMC. These have 246 residential homes. The commissioner directed everyone to install their own sub-meters and those who already have them should use them. The residents were also directed to pay the bills themselves to avoid additional burden on the institution.

Rehman made it clear that people living in the residential quarters within the limits of any departments of KMC will pay the electricity bills themselves and will use sub-meters for electricity. He said that if any resident was found stealing electricity from the KMC, action will be taken against them and an FIR will also be registered.

Earlier, KMC’s electrical and mechanical department also cut off power supply to KMC Officers Club located on Kashmir Road on Monday morning. The corporation directed them to install their own meter and clear the bills. Sports Director Aftab Jabbar was also present on the occasion.

The power supply of 14 quarters that were stealing electricity from the connection of KMC Sports Complex, where the quarters were located, was also cut. They too have been directed to install their own new meters.

Similarly, the power supply of six quarters in Khaliq Deena Hall has also been cut off and they have also been directed to install separate sub-meters.

TV anchorperson, friend gunned down in Karachi over ‘money dispute’