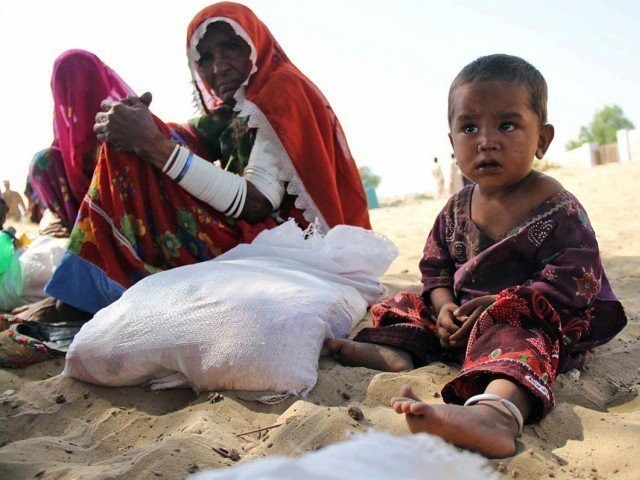 HYDERABAD: Meeting the water needs of Tharparkar desert either through supply of canal water, storage of rain water or utilising sub-soil water through the reverse osmosis (RO) plants came under discussion at a seminar on Saturday. Although the local politicians found the option of RO plants tantamount to squandering the resources, Sindh Local Government Minister Saeed Ghani saw viability in the plants.

The event was organised by the provincial government in collaboration with a local non-governmental organisation in Mithi, Tharparkar. “It’s impossible for the government to supply piped water to the scattered villages in Tharparkar,” said Ghani. “That’s why we are providing water to the villages through the RO plants”.

Ghani said that there are around 750 plants in Tharparkar among which 600 are operational. He acknowledged that even the plants in working conditions are operating below their capacity. “The government has prepared a plan to make all the plants functional. Provision of drinking water to all villages of Tharparkar is our priority”.

The LG minister pointed out that the water scarcity problem is not limited to Tharparkar as even bigger cities like Karachi confront similar issues. “The province’s population is increasing day by day and the water resources are diminishing”. He claimed that many water related projects are facing delay because of the province’s bureaucrats who fear the National Accountability Bureau (NAB).

“There is abundant subsoil water to meet the requirement of 2.5 million population for 250 years,” he claimed citing a study. Singh asserted that the long term solution for Tharparkar’s water woes can be provided by storing rainwater in the storage dams. “The RO plants are a temporary solution and a means to make money by corruption”.

PPP’s MNA Mahesh Kumar Malani said that almost all of the RO plants were working far below their stated capacity. He emphasised on overhauling the plants and ensuring regular maintenance. “We need serious plan to find long term solution to the water problem,” said Senator Gianchand.

Sindh government’s adviser, Veerji Kolhi, said that around 80% of the rainwater which poured on the hills of Nangarparkar becomes lost as it flows towards Rann of Kutch in India. He bemoaned that the 27 small dams built for storage of the rainwater have failed to serve their purpose due to technical and design faults. “Billions of rupees have been spent on these dams”.

The seminar prepared a draft of recommendations and submitted it to the LG minister.

Green initiative: Govt to offer over 5,000 sites for tree plantation in Sindh