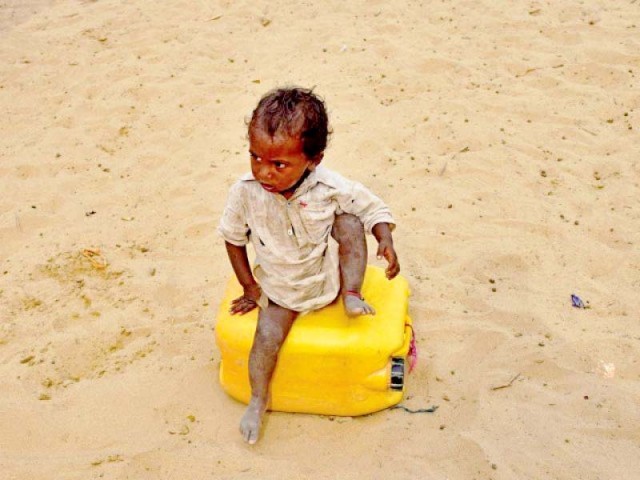 The highest number of undernourishment related deaths in infants and children are reported from Tharparkar. PHOTO: FILE

HYDERABAD: If it does not rain profusely in Tharparkar in the next few days, the new Sindh government will have to declare drought in the desert region.

The dry spell, with a modicum of rain in June and July, was far from enough for the farmers to cultivate the rain-fed crops, in the geographically-largest district of Sindh which stretches across around 22,000 square kilometres.

Consequently, the local people, their representatives and the administration appear to be in unison calling for declaration of drought in Tharparkar. Deputy Commissioner Ghulam Qadir Junejo has written to the Senior Member of Board of Revenue (SMBR) in this regard.

“All the revenue officers have reported that due to untimely and insufficient rains, the crops and grass [pastures for livestock grazing] couldn’t be grown up to the mark and there are drought-like conditions in the entire desert area,” he wrote. A copy of the letter is available with The Express Tribune.

“Keeping in view the reports of the assistant commissioners and mukhtiarkars and [the] ground conditions, there is no hope from the crops cultivated [after pre-monsoon rains in June] and the grass [pastures] has dried.” 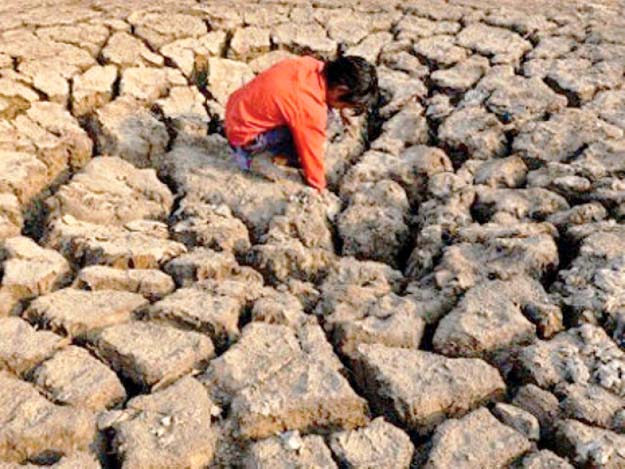 The DC requested the SMBR to declare Mithi, Diplo, Islamkot, Dahli, Chachro, Kaloi and Nangarparkar talukas as the drought-hit. He further requested for a relief package under which subsidised wheat will be provided to the people.

To be able to sow and reap the seasonal crops, Tharparkar’s farmers required three to four spells of rain after every 15 to 20 days, starting from June and lasting throughout August. The torrential downpour or dry spells can equally harm the agricultural output.

Playing for the planet or for Thar?

In the local parlance, Thari people describe the ideal rain as ‘raasumi’, which is considered favourable for agriculture as well as for the storage of water. The locally grown crops include bajar [millet], moong [geen gram] and guar [cluster beans] besides some other crops. The rains also turn the desert region green with sprawling pastures.

The newly-elected MPA of Pakistan Peoples Party, Qasim Siraj Soomro, said drought-like conditions were evident in the district. He asked the government to provide a complete package, including subsidised wheat and supply of drinking water for the people.

The highest number of undernourishment related deaths in infants and children are also reported from Tharparkar.

Meanwhile, the staff employed to operate around 600 reverse osmosis plants in Tharparkar started protests on Thursday, claiming that they have not been paid salaries for the last three months. They staged a token sit-in demonstration in Mithi taluka for two hours.

Mohan Lal Meghwadh, who led the protesters, claimed that they are already being paid too low and even that wage is not being released timely. According to him, they receive only Rs9,000 as wages per month.

“Several RO plants have closed because the staff has stopped operating them for want of wages,” he claimed.