One killed as ambulance, truck collide in Karachi

One killed as ambulance, truck collide in Karachi 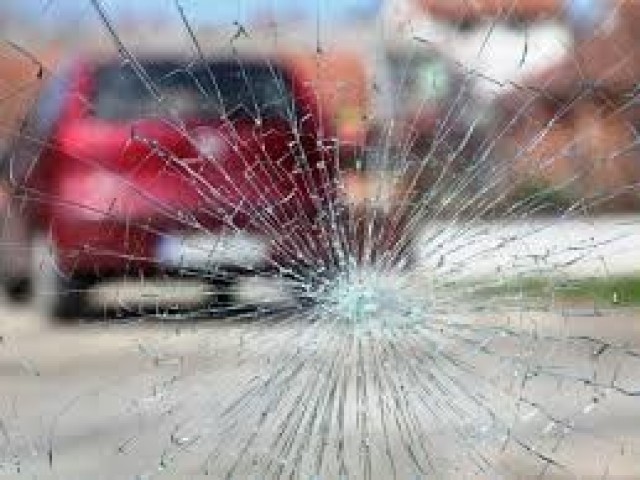 KARACHI: A speeding ambulance collided with a truck parked on the roadside in front of the Federal Urdu University of Arts, Science and Technology (FUUAST), in the jurisdiction of Aziz Bhatti Police Station, on Saturday. The patient travelling in the ambulance died on the spot while the people accompanying him, his father, aunt and one other person, were injured. The driver remained unharmed.

The deceased and the injured were shifted to Agha Khan University Hospital, on Stadium Road, in a Chhipa ambulance.

The police have identified the deceased as 25-year-old Dilshad. His father, Siraj, his aunt, Fehmida, and one other person, Ghulam Muhammad, have also been identified. Ghulam is in critical condition.

The driver of the ambulance said that the vehicle was the property of Hira Medical Centre, Sukkur and was taking the patient from the centre to South City Hospital, Clifton for treatment. He added that Ghulam was an employee of Hira Medical Centre. According to the employee’s CNIC, he is a resident on Goth Chaudhry Latif in Benazirabad district.

Eyewitnesses informed that the truck, loaded with sacks of rice, had been parked on the road since 10pm on Friday due to a broken tyre rod. While a few other cars had bumped into the truck, prior to the ambulance’s collision there had been no other fatalities.

The ambulance has been shifted to Aziz Bhatti Police Station.