The way Pakist­an lost was unbeli­evable, but it was the only believ­able way they could have lost
By Abdul Majid
Published: June 17, 2019
Tweet Email 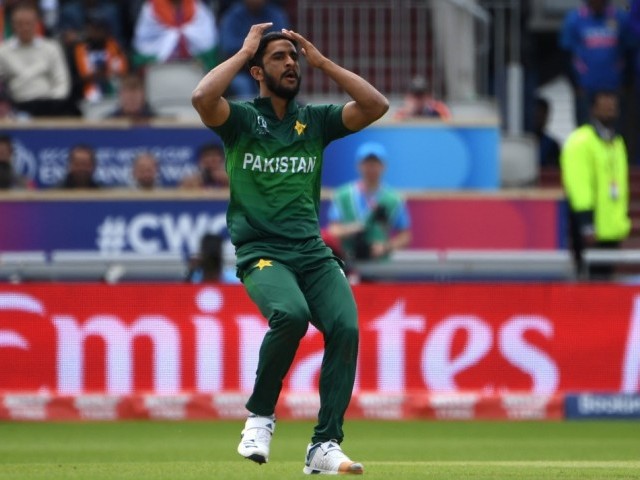 IN THE MAKING: Pakistan lost to India by 89 runs on Sunday but the way they lost the match, after losing too many middle-order batsmen together, was not new. PHOTO: AFP

The 50-over World Cup takes place after every four years which means teams have 1200-plus days to prepare for the mega event.

Look at England. They started preparing for it soon after the 2015 debacle. Look at Australia and how they resurfaced from the ball-tampering scandal to become one of the favourites. Look at India — consistent as always. Look at New Zealand, if not the big three.

Some may say South Africa are suffering too, but it is not because of the same reasons as Pakistan.

The 2017 Champions Trophy winners have been below par and lethargic to say the least in all three departments throughout this World Cup.

The anomaly, the win against England, may have given them some respite, but it wasn’t their best day either with the hosts nearly going past the target, incurring a meagre 14-run loss while chasing a mammoth 348-run target.

To lay out a few reasons why Pakistan have been a lost case from the very day the World Cup started, and maybe even before it, and why they will not make it to the top four is not difficult.

To start-off, the preparation for the World Cup was faulty because if Wahab Riaz could make it to the squad without showing face in training or fitness tests or even a single match, then why go through the hassle?

Moreover, it is easier to say that we will not panic and difficult to show it. The panic that set in after the whitewash against England is and should be considered the prime cause of whatever Pakistan in going through — lack of confidence, lack of intent and more importantly lack of presence on the field.

In a nutshell, Pakistan’s World Cup campaign can be defined by recalling a yawning captain Sarfaraz Ahmed during the India match.

You are standing in the middle of the most happening thing that is happening in the cricketing world, the Pakistan-India match. You are supposed to be the most active player on the field because you are leading a pack of 11 players and also shouldering the pressure of the hopes of 220 million Pakistanis. And if not anything else, you are playing in front of billions of eyes who want to see a good fight between two arch-rivals. But you yawn, looking disinterested or rather lethargic, because maybe you are too cool to take any pressure of the occasion or maybe you don’t care?

But well, in the midst of the dropped catches, the misfields and the absolutely pathetic attitude on the field, the only shining light was the player who was not in the preliminary World Cup squad, Mohammad Amir.

While Pakistan play in one mood, the pacer plays in another. While the captain yawns, the pacer roars. And while the whole team disappoints by selfishly throwing away wickets and giving away runs like free fliers, the quickie takes wickets for his team and that too without leaking away boundaries at a ferocious rate.

Pakistan lost the match to India on Sunday, but the defeat was in the making even before the World Cup started. The way they lost was unbelievable, but it was the only believable way they could have lost.