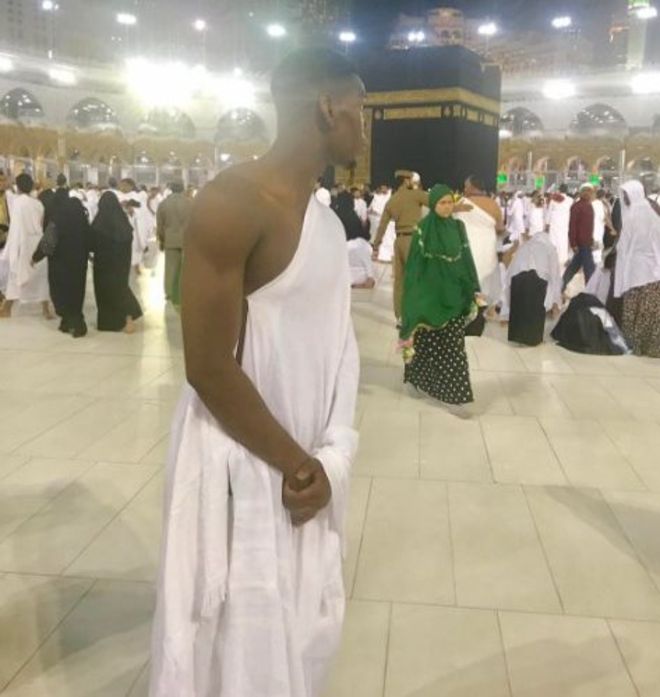 PHOTO COURTESY: INSTAGRAM/ PAUL POGBA
Manchester United midfielder Paul Pogba has opened up about his conversion to Islam after the French footballer came back from the pilgrimage to Mecca.

Pogba, who wasn't raised as a Muslim even after his mother practicing Islam, says he was 'questioning myself over a lot of things' before he converted.

While talking to the The Times' new Life Times podcast, the midfielder said: 'It's everything [being a Muslim]. That's what makes me thankful for everything."

He added that turning to Islam changed him. "It made me change, realise things in life. I guess, maybe, it makes me more peaceful inside. It was a good change in my life because I wasn't born a Muslim, even if my mum was. I just grew up like that, respect for everyone."

The 26-year-old, who is being linked with a potential summer move to Spanish club Real Madrid, also defended Islam, saying the media portrays the religion wrongly.


"Islam is not the image that everyone sees – terrorism. What we hear in the media is really something else. (Islam is) something beautiful," he said.

"You get to know it. Anybody can find that he feels connected with Islam."

When asked why he decided to accept Islam in his twenties, Pogba explained: "I was questioning myself in a lot of things, then I started doing my own research. I prayed once with my friends and I felt something different. I felt really good.

"Since that day I just carried on. You have to pray five times a day, that's one of the pillars of Islam. It's something that you do.

"The meaning why you do it – you ask forgiveness and be thankful for everything you have, like my health and everything.

"It's really a religion that opened my mind and that makes me, maybe, a better person. You think more about the afterlife.

"This life has a test. Like when I'm with you, here. Even if you're not a Muslim, you are a normal human. You have a human relationship and respect you for who you are, what religion you are, what colour and everything."

He concluded by defining Islam in relationship with humanity. "Islam is just this – respect of the humanity and everything."

Bunny Rabbit | 1 year ago | Reply Like I say always -Its not the Faith per se , but the Faithful who create problems. that goes for any religion.
Replying to X
Saved ! Your comment will be displayed after the approval.
Error !
Error! Invalid Email.