Midfie­lder also added to the doubts surrou­nding his future by saying "all player­s dream of playin­g for Los Blanco­s
By AFP
Published: May 5, 2019
Tweet Email 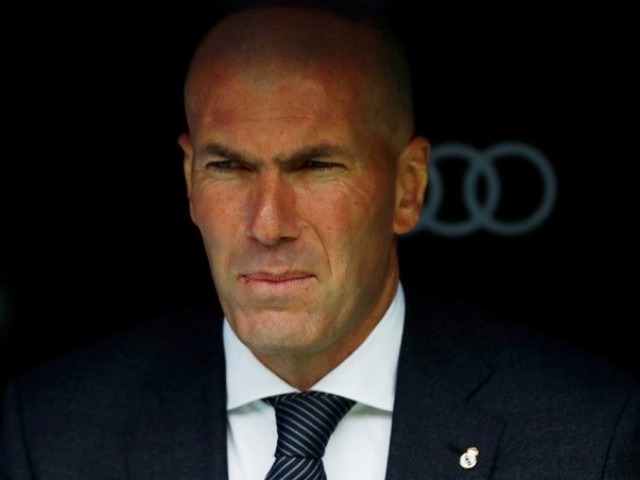 Zidane said in March he knew Pogba personally and likes him "a lot" before adding Madrid could be his next club "when his experience in Manchester comes to an end". PHOTO: AFP

Zidane said in March he knew Pogba personally and likes him “a lot” before adding Madrid could be his next club “when his experience in Manchester comes to an end”.

Pogba had also added to the doubts surrounding his future by saying that “all players dream of playing for Real Madrid”.

But ahead of his team’s La Liga game at home to Villarreal on Sunday, Zidane appeared to downplay the chances of Pogba moving to the Santiago Bernabeu.

“I said Pogba was a good player but I could say the same about other players,” Zidane said at a press conference on Saturday.

“I know him but nothing more. If you ask me about Pogba, I say he is a very good player but he plays for Manchester United.

“At the end of the season we will see which players come here, and who leaves, but I did not say ‘We are going to sign Pogba,’ nothing like that.

“I will not say anything until the deals are done.”

Madrid sit third in La Liga, 18 points behind champions Barcelona and with little hope of catching Atletico Madrid in second.

Zidane’s team have delivered a series of underwhelming performances, most recently in a 0-0 draw with Getafe and 1-0 defeat to Rayo Vallecano.

“I was very angry the other day, so were the players, they didn’t enjoy it either,” Zidane said. “Sometimes nothing goes your way.”

Madrid fans have vented their frustration towards a number of players, in particular Gareth Bale, but Zidane said supporters cannot assume anyone will leave.

“The season is what it is but the fans must think about next season. There will be changes but many of these players will stay,” he said.

“The fans will be the same, and most of the players too so we must stick together.

“We are going to have time to prepare for next season. Until August 31 anything can happen, so it will be a long summer.”

Vinicius Junior has been one of the few positives to come from Madrid’s season and he could return against Villarreal after two months out with a hamstring injury.

“Vinicius is training much better and ready to be in the squad,” Zidane said.

“He is very good, he is an important player for this team and the future. He is 18 years old and we have to be patient.

“But he deserves to be here and next year, we will see how we can make the best of him.”

Liverpool’s Firmino out of Barca visit, Salah at risk