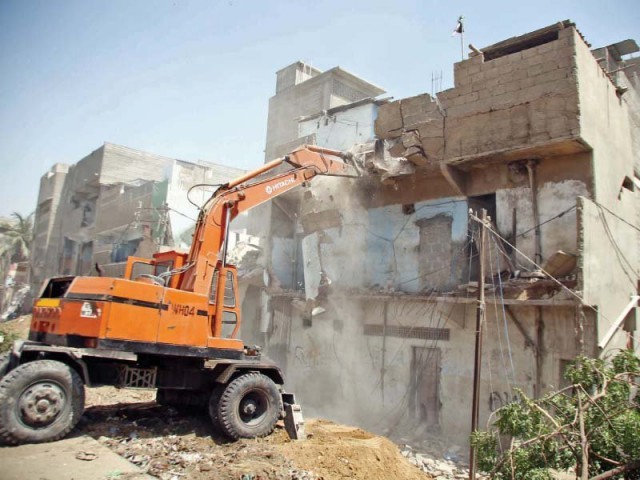 KARACHI: The anti-encroachment operation underway to clear the Karachi Circular Railway (KCR) track has been completed in districts East and Central and progressed to West district.

According to the Railways authorities, all the encroachments along the track in West district would be removed within three days.

The operation started in from Orangi Station in West district after a day’s break. A private community health centre and a private school along with other illegal strucyures were demolished during the operation. The operation was also conducted at the Manghopir Station and it surrounding areas.

For Karachiites, the gift is in giving