Accord­ing to report­s, around 10,000 metric tons of wheat is transp­orted from Sindh to Punjab daily
By PPI
Published: May 21, 2019
Tweet Email 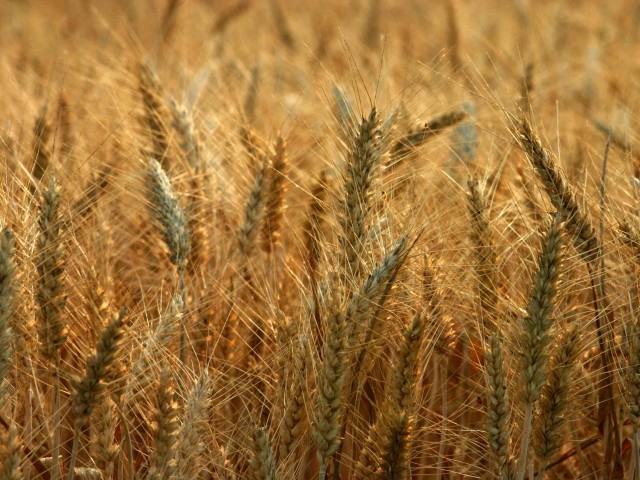 According to reports, around 10,000 metric tons of wheat is transported from Sindh to Punjab daily. PHOTO: FILE

KARACHI: The Sindh food department has decided to impose a ban on inter-provincial movement of wheat, owing to expected wheat crisis and price hike of flour in the province. The provincial minister for food, Hari Ram Kishori Lal, approved the imposition of the restriction on the movement of wheat on Monday.

Lal said that the Pakistan Flour Mill Association South zone had also expressed its apprehension regarding non-availability of wheat stocks in Sindh and proposed a ban on the purchase of wheat by the feed mills.

He said that in order to stop the outflow of wheat stocks from Sindh to other provinces, the provincial home department as well as commissioners and district administrations had been directed to ensure the ban on the movement of wheat from Sindh.

He said that the rains in Punjab had damaged the wheat crop this season. He added that much less than the targeted yield was achieved. According to reports, around 10,000 metric tons of wheat is transported from Sindh to Punjab daily.

He said that the Punjab government had also imposed ban on movement of wheat to stop the flow of wheat to Khyber Pakhtunkhwa and Afghanistan.