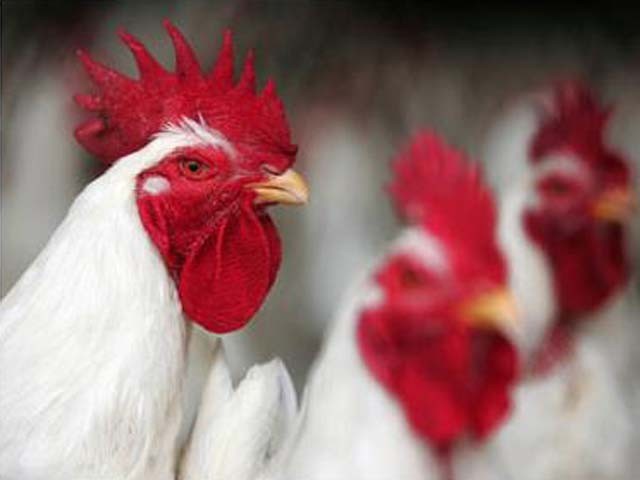 PESHAWAR: The provincial food authority on Sunday seized a consignment of rotten frozen chicken which were to be supplied to the markets in Peshawar.

The Night Squad of the K-P Food Authority received information from the emergency response unit that a shipping container carrying rotten but frozen chicken was entering Peshawar. Responding to the information, the night squad intercepted the chicken meat consignment near the Chamkani area along the Grand Trunk Road.

An inspection of the consignment revealed that over two tonnes of rotten chicken meat were being transported. The officials detained the supplier while the meat was discarded at a dumping site designated by the Water and Sanitation Services of Peshawar.  K-P Food Authority Director General Riaz Khan said that their Ramazan Crackdown on substandard food products has helped minimize adulteration in food apart from provision of food which violates the food safety standards.

He said that in the first week of Ramazan, the night squad of the authority had sealed over a dozen production units where different food items were prepared. “We cannot compromise on the health of the people, especially during the holy month of Ramazan,” Riaz said, adding that there is zero-tolerance for adulteration and other violations of food safety standards and laws.

“Our night squad wanders across the city throughout the night and raids different warehouses, cold stores and production units,” the director general said, dilating that they had sealed units producing poor quality chips, nimko and other sweets.

The official further said that their teams check the quality of milk and meat being supplied to the city at the entrance points of the province on the directives of K-P Chief Minister Mahmood Khan. Night Squad Captain and Director Operations Khalid Khattak said that the late night crackdown on the truck said that temperature of the truck-mounted storage unit lacked temperature control systems and hence chicken was not properly frozen.

He said that their team had sealed three other food production units, including those producing vermicelli, lollypops and spices. These units were found not complying with food safety standards. “The lollypop and vermicelli units were extremely dirty and unhygienic. Both the units were sealed, and production was discarded on the spot,” the night squad captain maintained.