AJK elections: ‘Polls deferred as MQM was sure to win’

AJK elections: ‘Polls deferred as MQM was sure to win’ 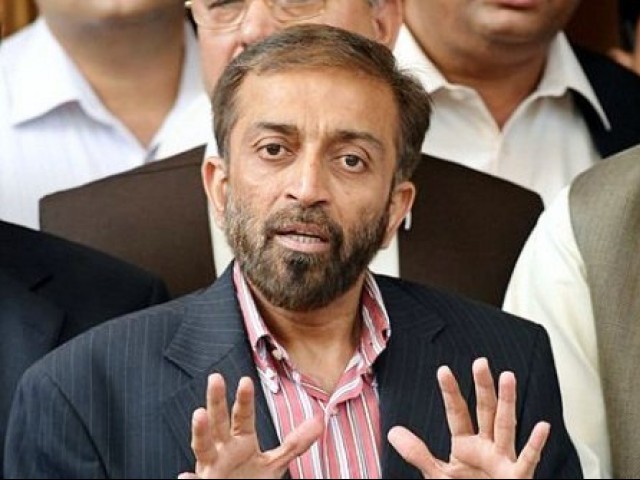 Muttahida Qaumi Movement (MQM) leaders and workers held a protest demonstration in front of the press club on Saturday against the postponement of the Azad Jammu and Kashmir legislative assembly elections.

Speaking to the protesters, MQM leader Faisal Subzwari criticised the government for deferring the elections on the Karachi and Abbottabad seats.

“How can a government resolve the Kashmir issue if it cannot even solve the problems of the Kashmiri people?” he asked.

He alleged that the government delayed the polls in the three constituencies by design. “They first disturbed the polling scheme and then changed the polling stations. After that they forced the polling team to give written resignations. And now, the Sindh IG wrote a letter to the election commission about the law in order situation because of which the polls here were deferred.” This way, the Sindh government snatched the right of the Kashmiris living in Karachi.

Subzwari said that after the 2005 earthquake, many Kashmiris joined the MQM due to which the MQM won the 2007 AJK election and this year MQM’s success on the Karachi LA-30, LA-36 and the Abbotabad LA-41 constituencies was certain. “But the government postponed the elections.”

Meanwhile, MQM’s LA-30 candidate Tahir Khokhar said that, “the Pakistan Peoples Party asked us to give them a seat in charity, which we did not accept and [so] they postponed the election.”

Authorities yet to exhume body of girl killed by her family