On Thursd­ay, police issued a flyer with the names and photos of six people wanted in connec­tion of the attack­s
By AFP
Published: April 26, 2019
Tweet Email 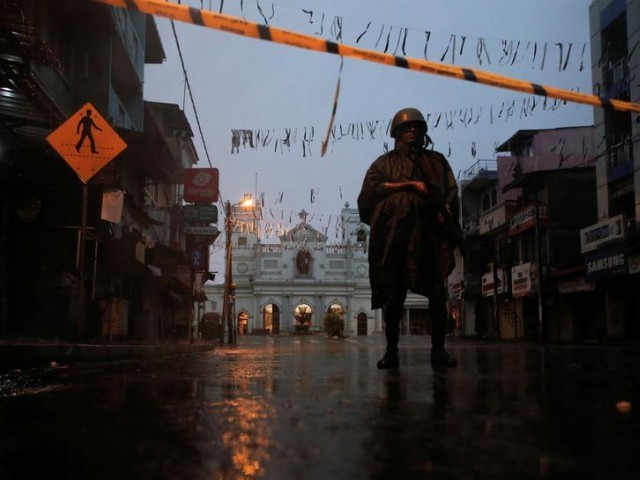 COLOMBO: Sri Lankan police have been left red-faced after wrongly identifying a female American Muslim activist as a suspect in the deadly Easter bombings.
On Thursday, police issued a flyer with the names and photos of six people — three men and three women — wanted in connection with attacks that killed over 250 people.
Among those listed was a woman identified as Abdul Cader Fathima Khadhiya, accompanied by a photo of a woman in a headscarf purported to be the individual wanted for questioning.
But the photo in fact showed Amara Majeed, an American Muslim whose parents are Sri Lankan immigrants and who penned an open letter to President Donald Trump in 2015 about his rhetoric on Muslims.
“Hello everyone! I have this morning been FALSELY identified by the Sri Lankan government as one of the ISIS Easter attackers in Sri Lanka,” Majeed wrote on her Facebook page.

Pakistanis among foreigners detained in Sri Lanka
“What a thing to wake up to! This is obviously completely false and frankly, considering that Muslim communities are already greatly afflicted with issues of surveillance, I don’t need more false accusations and scrutiny.”

Hello everyone! I have this morning been FALSELY identified by the Sri Lankan government as one of the ISIS terrorists that have committed the Easter attacks in Sri Lanka. What a thing to wake up to! (1/1)#SriLankaAttack #SriLanka #SriLankaBlasts

Sri Lankan police on Thursday issued a statement confirming that the photo published alongside the name “Abdul Cader Fathima Khadhiya” was not in fact of the suspect.
“The individual pictured is not wanted for questioning,” the statement signed by police spokesman Ruwan Gunasekera said.
It added that an individual called Abdul Cader Fathima Khadhiya was however still wanted for questioning.
The blunder comes after Sri Lankan authorities dramatically revised the death toll in the attacks, from nearly 360 dead to 253.
The revision came after authorities said some victims had been “double-counted” because bodies were blown apart in the attacks and misidentified.