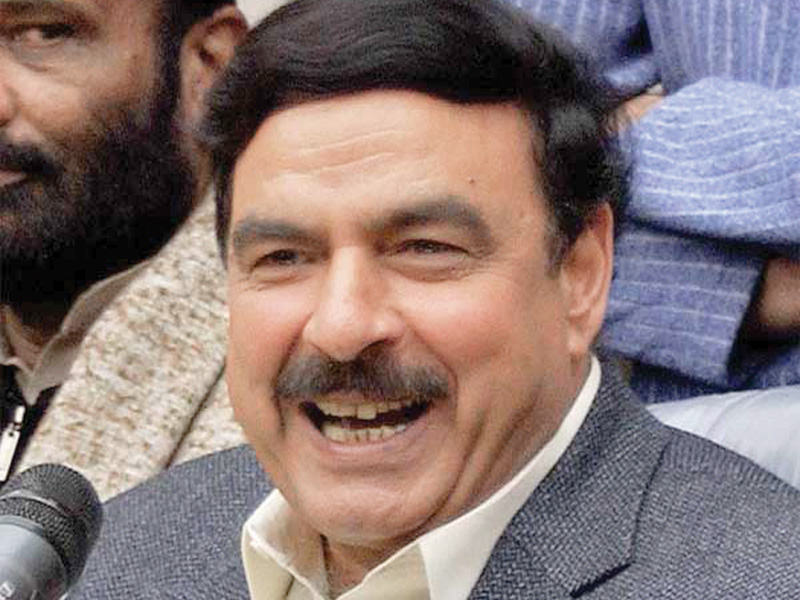 Railways Minister Sheikh Rasheed said on Saturday that the Main Line – One (ML-I) project will help in creating job opportunities in the country and a preliminary agreement between Pakistan and China will be signed during the upcoming visit of Prime Minister Imran Khan to Beijing., Radio Pakistan reported.

The minister said that the project will provide 150,000 job opportunities.

He added that after the completion of the project, the travel time from Lahore to Karachi will be reduced to eight hours. “The speed of ML-I trains will be 160 km/hr, at least,” he added.

According to him, the railway budget has been discussed and will be finalised on April 24.

Rasheed said that China-Pakistan Economic Corridor (CPEC) and the railway department were the backbone of Pakistan’s economy. “There is international conspiracy involved in creating difficulties for the railways department,” he added.

Regarding the recent cabinet reshuffle, the minister claimed that only one minister was expelled while Asad Umar resigned himself. He added that he would ask Asad Umar to stay in the federal cabinet.

Pakistan and China have agreed to amend a framework agreement on implementation of ML-I project in a bid to reduce the size of the much-delayed strategically important scheme and to complete it in three phases.

The decision to split the project, which was once planned to be completed in three years, suggests that work on the single-largest project of CPEC will now take at least six years to complete – from the day of its groundbreaking.

It has been agreed to reduce the length of the project from 1,872km to around 1,680km according to the government sources. The government has also decided to exclude the component of building a new 163km long double line between Karachi and Hyderabad from the scope of the framework agreement.

It has been decided that this component will be executed on Public-Private Partnership or Build Operate and Transfer Basis if declared feasible after the commercial and financial feasibility study, said sources in the Ministry of Railways.