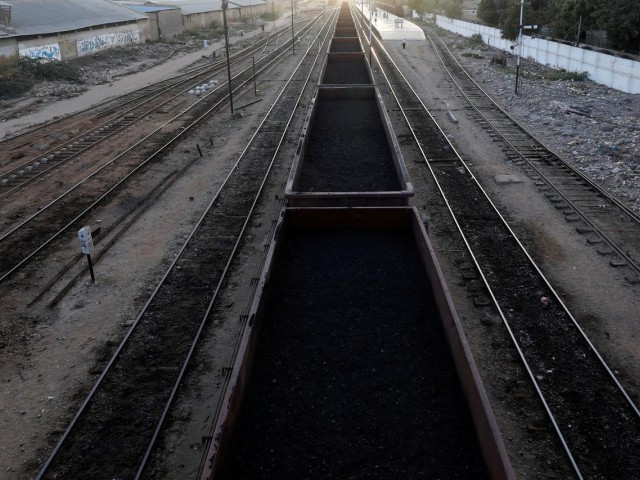 ISLAMABAD: Pakistan has set up an Implementation Committee for the multibillion dollar Mainline-I (ML-I) project of the China-Pakistan Economic Corridor (CPEC) to review the possibility of reducing its scope and cost from the existing $8.2 billion aimed at making it financially viable.

The decision was taken by Cabinet Committee on CPEC, on Wednesday, which was chaired by Federal Minister for Planning and Development Khusro Bakhtyar. It was decided to split the project into more than two phases and also drop some sections that were part of the original plan of constructing 1,872 kilometre long line of Pakistan Railways.

The original plan was to construct the road between Peshawar and Karachi in two phases. The project faces over three years of delay. The cabinet committee discussed the Pakistan Railways ML-1 project in detail, said Bakhtyar while speaking to media-persons after the meeting.

“An implementation committee, headed by the railways minister was constituted to identify financial savings, phasing of the project, scope etc within two weeks in order to fast-track the project,” he added.  The minister said that the final decision would be made in light of the committee  recommendations.

According to the proposal, the project should be completed in more than two phases besides dropping some sections and reducing the scope of other sections. Due to change in scope, the phase-I of the project could cost around $2 billion as against Pakistan’s earlier estimate of $3.4 billion, according to the Ministry of Planning officials. The Chinese consultants calculated the cost of the first phase at $4.1 billion.

The ML-I project has a total length of 1,872 kilometres.

The previous Pakistan Muslim League-Nawaz (PML-N) government had decided to split the project into two due to its high cost and extensive work that requires refurbishment and expansion of the main railway line. The project’s initial cost of $8.2 billion was based on a joint feasibility study, which was not backed by a technical design study.

The cabinet committee also discussed the possibility of financing some parts of the ML-I from the Public Sector Development Programme to lower reliance on Chinese financing.

According to the framework agreement for the ML-I, China was supposed to provide 85% of the project cost as a concessionary loan. The project has been declared strategically important by both the countries.

Bakhtyar said that the proposal to construct the ML-I project on Build Operate Transfer model has been shelved and now it will be completed on governmentto-government basis, as per the framework agreement.

In order to address the issues of under development and deprivation in Balochistan, the cabinet committee also decided to initiate work on western route projects on a priority basis. The federal government would perform the ground-breaking ceremony of one western route road project this month, announced the minister. He did not disclose the name of the project.

The minister also announced that the groundbreaking ceremony of New Gwadar International Airport will finally be performed this month. The project that faces over a two-year delay will be completed with Chinese grant. The committee also decided to fast-track work on Gwadar power plant. The planning minister said that it was decided that the missing link of eastern corridor will also be completed by starting work on Sukkur Hyderabad Motorway.  The project will be completed on Build Operate Transfer model that will help save $2.5 billion,  said Bakhtyar.

The National Highway Authority will complete the design as well as feasibility of the project and award of the contract will be done in 2019, he added.

Bakhtyar said the cabinet committee also gave the final approval for CPEC Business Forum that will be chaired by the federal minister for planning and development.

The forum will comprise 21 members with representatives from government and private sectors. The cabinet committee has approved six priority sectors for availing $1 billion Chinese grant for social sector over a  period of three years, said Bakhtyar.

The minister said that agriculture, education, health, poverty alleviation, water supply and vocational training sectors have been finalised in consultation with the provincial governments. “The socio-economic development is very critical for equitable development and we would try to avail $500 million grant during the first year,” said the planning minister.

A memorandum of understanding on socio-economic development would be signed to ensure early implementation of the projects. The cabinet committee also approved cooperation areas in the agriculture sector days before a meeting of CPEC Joint Working Group on Agricultural meeting. Both the countries would find possibilities of co-branding and joint ventures in supply chains, said Bakhtyar.

The minister informed that a Chinese experts’ team visited Pakistan and different level of discussions were held at federation and provinces.

Bakhtyar said that no headways was achieved in industrial cooperation sector over the last five years; however, the present government prioritised this field by ensuring speedy implementation wherein concession agreement of Special Economic Zone at Rashakai, Khyber Pakhtunkhwa would be signed by March 25, while ground-breaking would be made in Apr