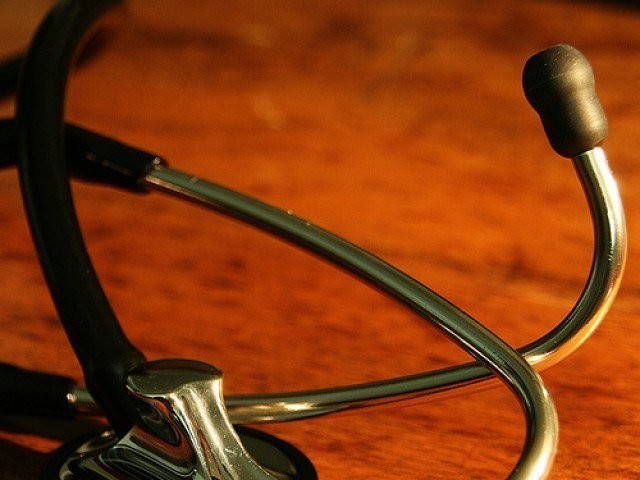 KARACHI: The medical investigation committee, formed on the chief minister’s instructions, has recommended strict action against those responsible for negligence in the treatment of the infant, Nishwa, who is fighting for her life after being administered the wrong injection.

The two-member committee, comprising National Institute for Child Health’s Professor Jamal Raza and Dr Nand Lal, submitted its report to the health department and the chief minister, in which it has pointed out the negligence shown during the infant’s treatment at the Darul Sehat Hospital in Gulistan-e-Jauhar.

Meanwhile, a team of the Sindh Health Care Commission visited the Darul Sehat Hospital on Thursday, after the infant’s parents registered a formal complaint. The commission’s team, headed by Dr Amir, inspected the facilities at the hospital for eight hours.

The nine-month-old, Nishwa, who is currently undergoing treatment at the Liaquat National Hospital (LNH) remains in critical condition. LNH spokesperson Anjum Rizvi told The Express Tribune that the child had suffered fits on Tuesday and Thursday.

According to Rizvi, Nishwa’s brain cells have been badly affected. Her heartbeat also stopped temporarily after the wrong injection was given to her by the Darul Sehat Hospital staff. She was given CPR for 40 minutes to restore her heartbeat. During the CPR, oxygen supply to Nishwa’s brain was suspended, which in turn, has left most of her brain cells badly affected.

Rizvi added, however, that Nishwa was only nine months old and from a medical point of view, there was a possibility that her brains cells would redevelop after three years. Therefore, it was possible that Nishwa’s brain cells could start functioning properly again.

Two nine-month-olds, Nishwa Ali and Amisha Ali, were brought to the private hospital in Gulistan-e-Jauhar for treatment of diarrhoea. The girls’ condition improved a day after treatment.

However, before discharging the infant patients, the staff administered an injection to Nishwa after which her heartbeat abnormally increased. She also faced difficulty in breathing. The infant was shifted to the hospital’s ICU where she was placed on a ventilator.

On Monday, Sharae Faisal Police registered a case, FIR number 354/2019, against the hospital administration on behalf of the victim’s father, Qaiser Ali. The case was registered under the section of attempted murder and includes clauses of causing damage to various parts of the body. The next day, a local court handed over Moiz, who is accused of administering the wrong dose to the infant, to the police on physical remand till April 20. Sharae Faisal Police presented the accused before the court.