Trump threatens to close border with Mexico 'next week'

Trump threatens to close border with Mexico 'next week'

Mexica­n presid­ent says he does not want to be drawn into a confro­ntatio­n on the issue
By AFP
Published: March 30, 2019
Tweet Email 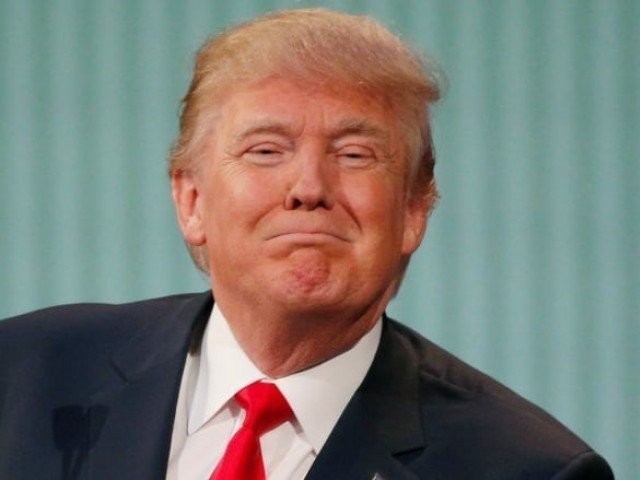 WASHINGTON: President Donald Trump on Friday again accused Mexico of failing to curb the flow of migrants illegally entering the US, and threatened to close the border ‘next week’ unless something changes.

Trump’s latest tweets ramp up the tension between the neighbours, putting a specific timeframe to his repeated threats to shut the border, one of the busiest in the world.

“If Mexico doesn’t immediately stop ALL illegal immigration coming into the United States through our Southern Border, I will be CLOSING the Border, or large sections of the Border, next week,” he said.

“This would be so easy for Mexico to do, but they just take our money and ‘talk’,” he added.

Mexican President Andres Manuel Lopez Obrador said he did not want to be drawn into a confrontation on the issue.

“Donald Trump has his own way of seeing things,” he told a crowd of supporters in the eastern city of Poza Rica, where he launched a series of new social programmes.

“I want to make it clear that we are not going to fight with the United States government. Peace and love,” he said.

But the leftist leader also added: “People in Central America don’t have any options, so they set out looking for a way to earn a living. It’s a human right. We shouldn’t condemn migration.”

“All this talk of migrant caravans and such is related to politics and the (US) election campaign — that’s why I’m not going to get into it,” he told a news conference, prior to Trump’s latest tweets on closing the border.

Mexican Foreign Minister Marcelo Ebrard answered Trump’s tweets with one of his own, saying his country “does not act based on threats.”

“We are a great neighbour. Just ask the 1.5 million US citizens who have chosen to call our country home, the largest such community outside the United States,” Ebrard said.

Lopez Obrador, an anti-establishment leftist who took office in December, has sought to cultivate a cordial relationship with Trump.
And it appeared to be working — until this week, when the Republican billionaire returned to the Mexico-bashing of his 2016 campaign, as he launches the run-up to his 2020 re-election bid.

Lopez Obrador wants the US to fund $10 billion in economic development programmes for Mexico and Central America to attack the poverty and violence he says are the root causes of migration.
The White House appeared to be listening, sending top adviser and presidential son-in-law Jared Kushner to meet Lopez Obrador in Mexico City last week for talks on the subject.

But Trump himself has returned to classic campaign form as the 2020 presidential race heats up in America.

On Thursday, he told a frenzied crowd at a rally in Michigan that the US would “close the damn border” if Mexico did not do more to stem the flow of migrants crossing illegally into the United States.

Lopez Obrador, a folksy populist who knows how to work a crowd himself, responded with a humorous non-response.

“Do you want me to answer him?” he asked his supporters in Poza Rica, drawing a chorus of dissent in response.

“Look at that. The people are wise,” he said with a grin.