It was getting out of hand - Pope explains ring kissing mystery 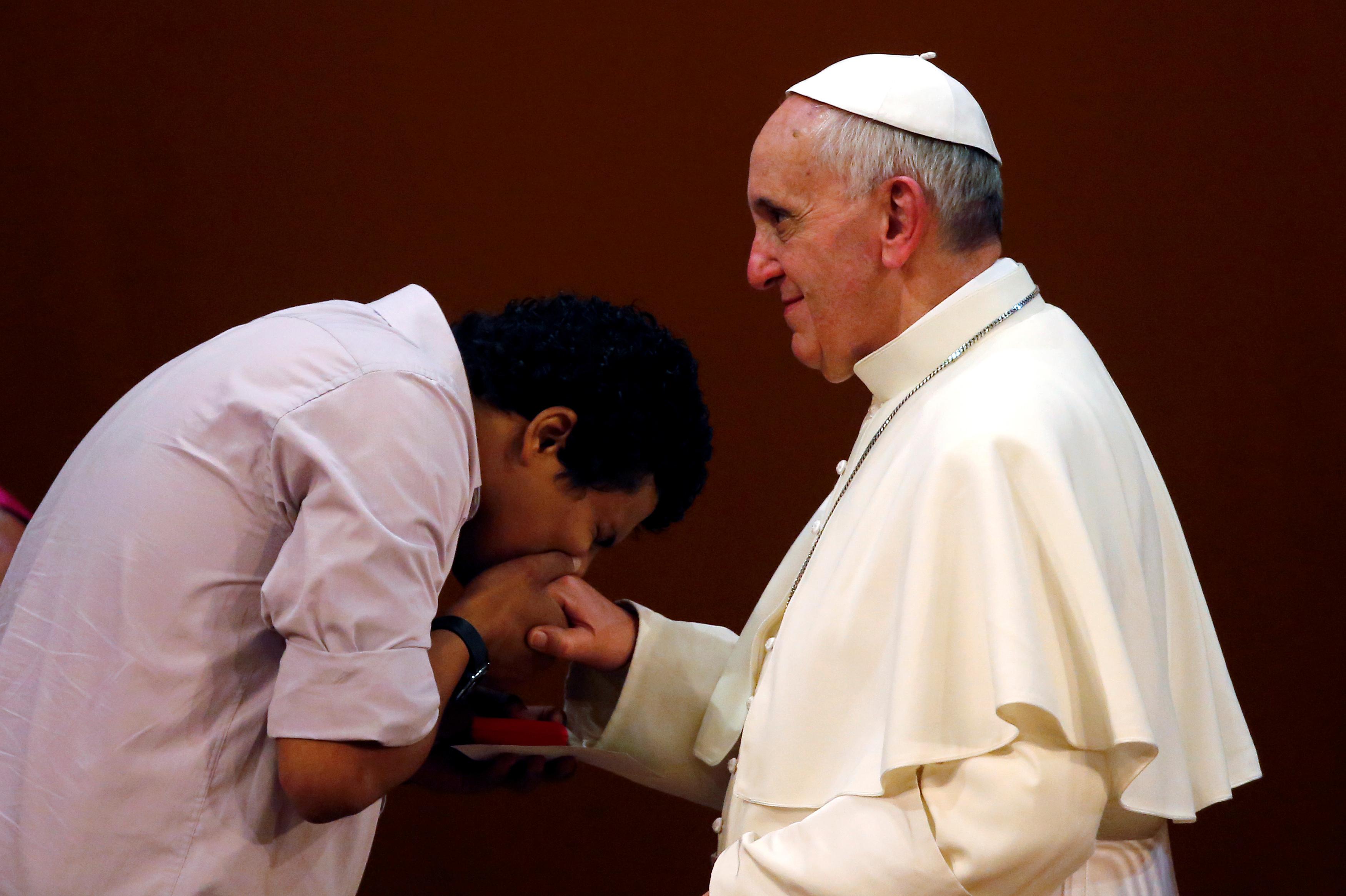 A youth kisses the ring of Pope Francis during a meeting at the municipal theater in Rio de Janeiro. PHOTO: REUTERS
VATICAN CITY: The mystery of why Pope Francis repeatedly withdrew his right hand as a long line of people bowed and tried to kiss it this week has been resolved - he did not want to spread germs.


“It was a simple question of hygiene,” Vatican spokesperson Alessandro Gisotti told reporters on Thursday after he asked the pope directly.

Gisotti explained that there were many people in line and the pope did want to spread germs as one person after another repeatedly kissed his hand at short intervals.

To kiss pope's hand - or not - enters the Catholic culture wars

Monday’s footage went viral on social media and was featured on late-night comedy shows in the United States.

The pope’s refusal quickly entered what are known as the Catholic cultural wars between conservatives and progressives.

One conservative Catholic website that often criticizes the pope called the episode “disturbing” and another said the pope should resign if he did not like rituals.

“He likes to embrace people and be embraced by people,” Gisotti said.

The spokesperson noted that the pope does allow individuals to kiss his hand and ring in limited numbers, such as he did with an elderly Italian nun at Wednesday’s general audience when Francis award her for decades of service to the poor in Africa.


Some Vatican watchers noted that even former Pope Benedict, a hero to nostalgic conservatives, and his predecessor John Paul, did not like having their hands kissed - at least not by long lines of people, for the sake of expediency.

A close papal aide told Reuters on Tuesday he was “amused” by all the fuss. 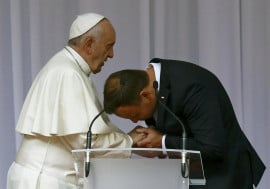 To kiss pope's hand - or not - enters the Catholic culture wars