Parade will also showca­se cultur­es of all four provin­ces
By Our Correspondent
Published: March 22, 2019
Tweet Email 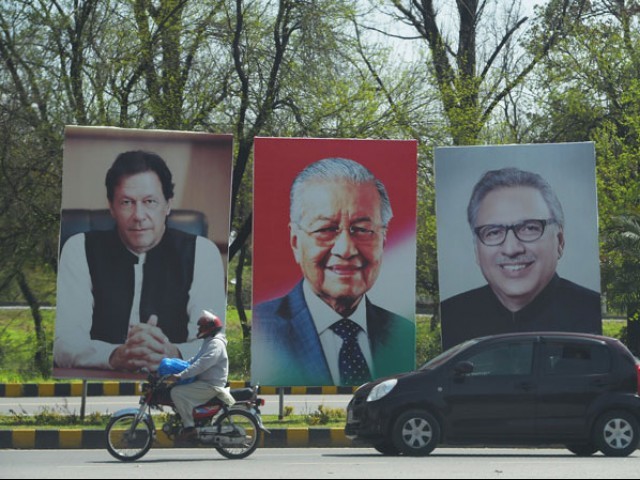 ISLAMABAD: The nation will celebrate Pakistan Day on Saturday with traditional zeal and a renewed commitment to work hard for the progress and prosperity of the motherland.

The Day is observed on March 23 every year to commemorate the passage of Lahore Resolution on this day in 1940 when the Muslims of the sub-continent set the agenda of a separate homeland for themselves.

The day will dawn with 31-gun salute in the federal capital and 21-gun salute in provincial capitals. Special prayers will be offered in mosques after Fajr prayers for the progress and prosperity of the country. National flag will be hoisted on all major government buildings. 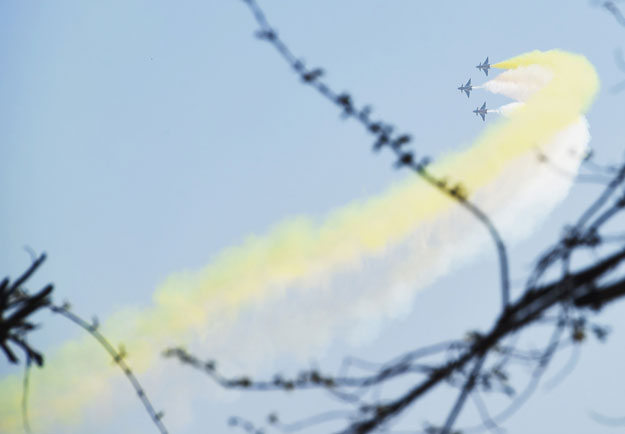 The main feature of the day will be the grand military parade in Islamabad where contingents of the three armed forces and the security forces will conduct march past. Various aeroplanes, belonging to Army Aviation and the Pakistan Air Force will demonstrate aerobatic feats for the audience. Similarly, combat and attack helicopters as well as skydivers of airborne units from the three armed forces will also showcase their skills.

The parade will also showcase cultures of all the four provinces. Cultural delegates and floats from Sindh, Punjab, Balochistan, Khyber Pakhtunkhwa, Gilgit-Baltistan and Azad Kashmir will also feature during the ceremony.

Malaysian Prime Minister, Dr Mahathir Mohamad will be the guest of honour at the parade. President Dr Arif Alvi, Prime Minister Imran Khan, ministers, members of the parliament, the three services chiefs and diplomats will also witness the parade.

Defence minister Azerbaijan, chief of army staff of Bahrain and government officials from Oman will also attend the ceremony. Various contingents from Azerbaijan, Bahrain, China, Saudi Arabia, Sri Lanka and Turkey will participate in the Parade.

An investiture ceremony will also be held at the Aiwan-e-Sadr in the evening where the president will confer civil awards on individuals demonstrating feats in different fields of science and arts. In all 171 personalities, including some foreigners, have been selected for this year’s awards.

The radio and television channels will air special programmes to highlight the struggle of the forefathers for a separate homeland as well as the importance of the day, while the newspapers also carry special supplements, highlighting the significance of the day.

Pakistan missions abroad as well different organisations and societies will also arrange functions and ceremonies to commemorate the day and inculcate a spirit for the progress, prosperity and defence of the country.