Interloop to raise Rs4.9b at PSX this week

Interloop to raise Rs4.9b at PSX this week 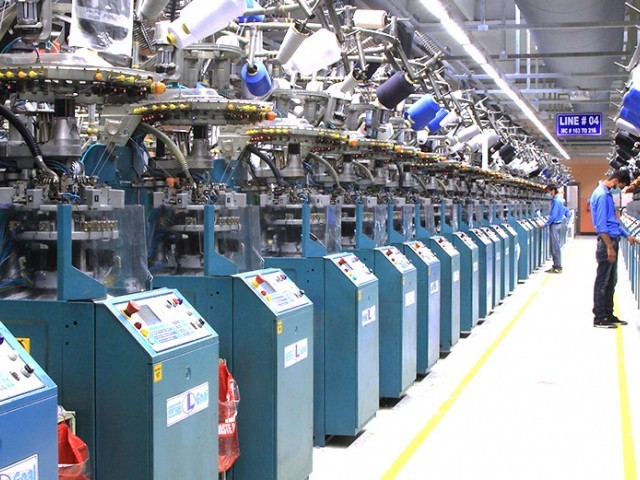 A view inside an Interloop Limited factory. PHOTO: INTERLOOP LIMITED

KARACHI: Interloop Limited – the world’s largest socks exporter based in Faisalabad with Puma, Nike and H&M among its big clients – is set to raise record financing in the private sector at the Pakistan Stock Exchange (PSX) this week.

It is estimated to raise a minimum of Rs4.9 billion through the sale of 109 million shares at the bidding price starting from Rs45 per share, which may go to Rs63 during the two-day book-building process on Wednesday and Thursday.

Corporations and high net-worth individuals will participate in the bidding to find a strike price, at which the shares will be sold to them and later to the general public at the same price. The company will be listed at the PSX in the second week of April.

“The financing to be raised through book building and IPO (initial public offering) will be invested in expansion of hosiery production and setting up a new plant for (stitched) denim jeans,” Shahid Ali Habib, CEO of Arif Habib Limited, the IPO consultant, told The Express Tribune.

Senior associate investment banker at the consultant firm Dabeer Hasan added that Interloop Limited produced 50-55 million dozen of socks a year at its existing four hosiery plants – three in Faisalabad and one in Lahore.

Besides, it is also running an associate hosiery firm in Bangladesh. The world’s largest socks exporter, having 3.5-4% market share in global socks supplies, is aimed at setting up another hosiery plant in Faisalabad and a stitched denim jeans plant in Lahore, he said.

Interloop emerged as the top global supplier of hosiery after a former top Chinese exporter diverted sales to the domestic market recently, he added.

“The expansion is estimated to cost a total of Rs11.2 billion. This includes (a minimum) Rs4.9 billion through the sale of shares at the PSX,” Hasan revealed.

Besides, it has already raised a debt of Rs2.8 billion from Habib Bank Limited (HBL) for the expansion. “The expansion projects are expected to come on line in the next two years. So as and when the firm will feel the need for required gap funds, it may utilise internal resources or may take loans from banks,” he said.

The company is expanding production, keeping in view growing demand from around the world in hosiery segment, while it is sharing its stitched denim designs with its clients including Levi’s and H&M these days, said the senior associate.

“Interloop is not only in talks with its existing customers, but is also approaching new customers for its denim range. Given the global growth forecast in both hosiery and denim segments and the overall growth forecast in the garment industry, Interloop is positioned to add to its long-term growth in revenue and market share,” the company stated in its prospectus.