'NAB is falsel­y interp­reting the top court's instru­ction and is trying to exert pressu­re'
By Our Correspondent
Published: March 11, 2019
Tweet Email 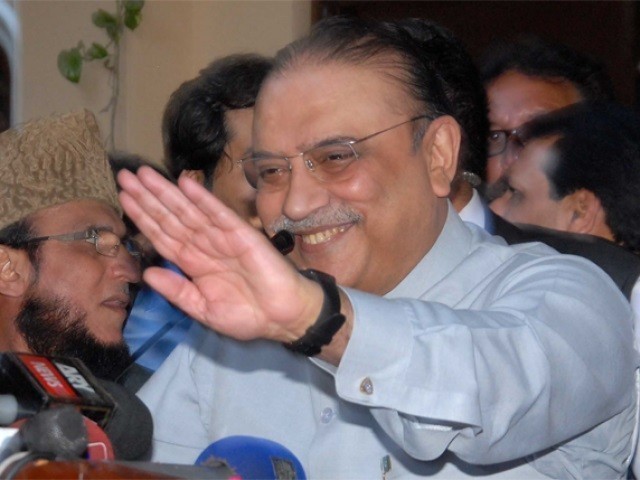 'NAB is falsely interpreting the top court's instruction and is trying to mount pressure.' PHOTO: FILE

The PPP co-chairman did not attend the hearing of the case on Monday, however, the former president’s sister Faryal Talpul, Hussain Lawai and others were present during the hearing.

Zardari’s counsel, Farooq H Naik, raised the objection in court on behalf of his client. The prosecution, led by the National Accountability Bureau (NAB), responded that the case is being transferred in light of the Supreme Court’s instructions, and chairman NAB had also approved the transfer, hence the objections had no basis.

Naik countered the argument and said that NAB is falsely interpreting the top court’s instruction and is trying to exert pressure on the defendants.

In December 2015, the Federal Investigation Agency began a discreet investigation into certain bank accounts through which multi-billion rupee transactions have been made. According to FIA sources, information regarding the fake accounts came to the fore when an intelligence agency picked up a prominent money changer in an unrelated case.

As the monitoring and investigation of these suspicious accounts continued, it surfaced that five of these accounts in two banks – the Sindh Bank and Summit Bank – had been used for transactions worth around Rs15 billion.

Investigation showed the accounts were operated by fake companies. Funds were credited into these accounts from contractors with multi-billion rupee contracts with the Sindh government. The money was found to have been transferred to accounts of companies owned and operated by the Omni Group, whose chairperson, Anwar Majeed, is a close aide of Pakistan Peoples Party (PPP) co-chairperson Asif Ali Zardari. Another beneficiary was Nasir Lootah, the chairperson of Summit Bank.

The FIA submitted its report to the apex court on July 8 which revealed a web of companies and accounts that were being used to transfer billions of rupees.

In all, 29 accounts were identified that received payments, totaling at least Rs35 billion.