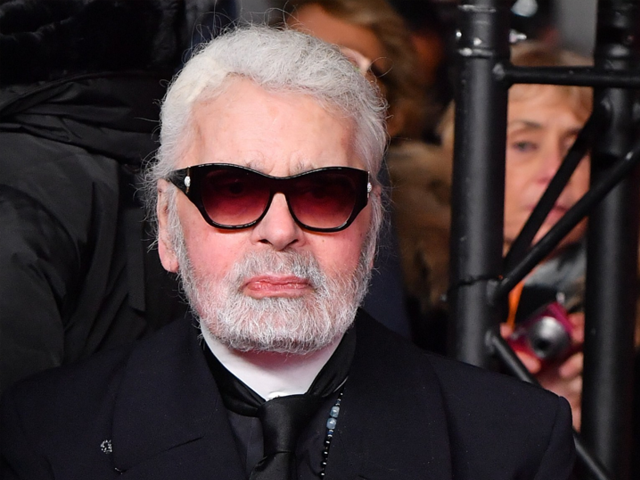 PARIS: Superstar designer Karl Lagerfeld has died at the age of 85, his fashion label Chanel confirmed on Tuesday.

The announcement came just weeks after the man known as the “Kaiser” in the industry did not appear at shows during Paris Haute Couture week for Chanel, which he had led since 1983.

With his powdered white pony tail, black sunglasses and starched high-collared white shirts, the great friend and rival of Yves Saint Laurent was as instantly recognisable as his celebrity clients.

News of his death is likely to create an outpouring of emotion in the industry, and tributes began flowing in from politicians and fans.

“Karl Lagerfeld is an immense personality, someone out of the ordinary,” French Interior Minister Christophe Castaner told RTL radio.

They called him the “Kaiser”, and for decades Karl Lagerfeld, who has died aged 85, reigned imperially over the fashion world.

From his perch at Chanel, the German-born designer presided over the most famous of all fashion houses like the 18th-century absolute monarchs he modelled himself on.

With his powdered white pony tail, black sunglasses, and starched high-collared white shirts, he was as instantly recognisable as his celebrity clients.

While other designers came to be associated with a particular look, Lagerfeld’s greatest invention was “Karl”.

He put himself at the heart not just of his own label, but also of Chanel and Fendi — the Italian house he headed for more than half a century.

RIP to an icon, a legend, a visionary. Karl Lagerfeld. pic.twitter.com/doqNNpUK2J

Such staggering stamina and longevity in a world as ephemeral as fashion, where talents regularly crash and burn, added to the mystery this steely survivor loved to wrap himself in.

His waspish wit — “Anyone who wears jogging pants has lost control of their life” — added another layer of fascination and ensured he hogged the headlines even when his clothes did not.

A renovator rather than a revolutionary, his genius was for subtly, or sometimes not so subtly, updating classic luxury labels with street style influences.

His streetwise smarts sent Chanel sales surging to $10 billion in 2017 even as Lagerfeld entered the second half of his eighties.

“Karl doesn’t so much design as reign,” one fashion insider remarked.
Lagerfeld was never in any doubt that he was born to lead, confessing he had asked his Prussian mother for a valet for his fifth birthday.

His origins, however, were not quite as aristocratic as he may have liked.

His father ran an evaporated milk company in the northern port city of Hamburg, and although the family were comfortable, he was far from the precocious artist prince of later lore who lived in a castle with a retinue of servants.

Among Karl Lagerfeld's accomplishments: a dozen collections designed every year, a book of quotes, a signature look, and status as a true icon. RIP to a fashion legend. pic.twitter.com/dBoQMDh5AC

Like his age, from which he shaved up to five years at times, much about the Lagerfeld legend is hazy.

In 1952, his mother packed him off to Paris to complete his education, saying he could do whatever he wanted as long as he did not become a priest or a dancer.

It was the beginning of a friendship that would later turn to romantic and professional rivalry, with Lagerfeld once dismissing the great designer as “very provincial, very middle-of-the-road French, very pied-noir”.

From the start, the fast-talking, lisping Lagerfeld honed his reputation as a brilliant provocateur who could play to the gallery in four languages.

He designed the shortest skirts ever seen on the Paris catwalk in 1962 for Jean Patou and later, during the hippie years, sent a model out wearing nothing but a feather in her pubic hair.

Having pushed Fendi into the big league, he was brought in to save Chanel in 1983 when only its celebrated range of perfumes was making money. And revive it he did.

He took its trademark quilted handbags, tweeds, and cardigan jackets and exaggerated them into something more gaudy and refined at the same time, while still true to the spirit of the brand’s founder Gabrielle “Coco” Chanel.

He was an absolute genius…there's nobody like him in fashion", the former fashion director of the Daily Telegraph Hilary Alexander on Karl Lagerfeld who has reportedly died aged 85

He even helped popularise the yellow hi-vis vest by posing in one for an official French safety campaign — “It’s ugly, it goes with nothing, but it could save your life” — only for it to become the uniform of recent anti-government protests.

But as fast as he made money, Lagerfeld spent it, throwing millions “out of the window”, as he described it, for art, furniture, and homes in which to display his treasures.

Remembering Karl Lagerfeld. The creative director of Chanel and Fendi and one of fashion's most prolific figures, has died https://t.co/IGwZyl2Rvu pic.twitter.com/uarW4aXdIc

He once described himself as a “cultural bulimic”. Despite being at the centre of fashion’s social whirl, Lagerfeld was always a solitary figure. His only long-standing relationship was with the philandering French aristocrat Jacques de Bascher, who cheated on him with Saint Laurent.

“Karl’s multilingual loquacity and his constant sociability belie a solitary nature and a visceral isolation from others,” his biographer Alicia Drake wrote.

After de Bascher died of an AIDS-related illness in 1989, Lagerfeld, who said repeatedly that “I have no human feelings”, piled on the pounds and lavished gifts on several young men with whom he became infatuated, she said.

But he later lost all the weight and more — 92 pounds (42 kilos), he said — so he could “squeeze into Hedi Slimane’s suits”, and wrote a bestselling diet book.

As the years went by, Lagerfeld assembled his own alternative jet-set “family” comprised of his male and female muses including US model Brad Kroenig, whose son Hudson — Lagerfeld’s godson — became a fixture of the Chanel catwalk.

“I have a sister in America who I haven’t seen for 40 years. Her children never even send me a Christmas card,” Lagerfeld complained.

Despite the company of his fashion family and the small coterie of male models known as “Karl’s Boys” who often accompanied him, Drake argued that Lagerfeld “is alone in a crowd. At the centre of this solitary soul is a denial of intimacy,” she added.

It was an insight that Lagerfeld himself seemed to confirm when he said, “I live in a set, with the curtains of the stage closed with no audience.

“I am like a caricature of myself. It is like a mask. For me the Venice carnival lasts all year long.”

Rest In Peace to Karl Lagerfeld. A true design artist of the modern era pic.twitter.com/Gg34iSZSyF

“I have nothing to say,” the designer declared in December 2018, scotching rumours he was writing his memoirs. “I’m actually trying to make sure that I won’t be remembered.”