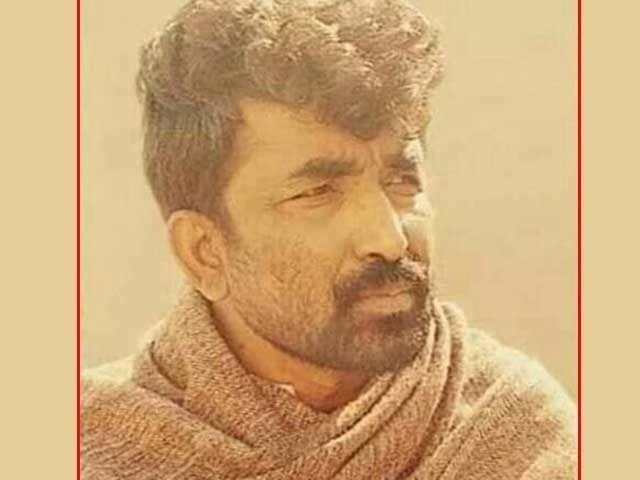 KARACHI: The murder case of Jeay Sindh Tehreek Karachi chief Irshad Ranjhani, who was shot dead by UC Chairman Rahim Shah on February 7, took an interesting turn on Friday when the investigation officer termed the FIR, registered by the victim’s brother, illegal.

Investigation Officer (IO) Mehboob Bilal appeared before the administrative judge of the anti-terrorism courts (ATC) on Friday, where he submitted a report on the FIR registered on the complaint of the deceased’s brother, Khalid Hussain Ranjhani. The FIR had contained Section 7 of the Anti-Terrorism Act, among others.

The IO told the court that the FIR, registered by the victim’s brother, was illegal as it was a second report of the same murder. He claimed that the police had already registered a murder case against UC Chairman Shah under Section 322 (murder in self-defence) of the Pakistan Penal Code.

Addressing the court, IO Bilal explained that when an FIR had already been registered, a second report could not be registered of the same incident, as per the Supreme Court’s ruling. He added that the accused, Shah, was already in police custody on a four-day remand on the basis of the initial FIR.

“This is not an FIR,” he said, referring to the brother’s complaint. “This is a second information report.” He added that the police had only registered the second FIR on behalf of the brother under pressure from senior police officers.

On hearing the IO’s submission, the court admonished the IO for violating the SC’s ruling and asked why a second FIR was registered of the same incident. The IO again said that the police were under pressure to register the case on the brother’s complaint.

The court then ordered the IO to record witness’ statements and submit them with his report. At this, the IO excused that people start protesting on every little development in the case. He expressed the fear that there would be protests if he were to approach witnesses to record their statements.

The court then ordered him to record the statements of whoever was present in the court at the time. The IO did so, after which the court accepted his report and issued notices to the prosecutor-general and the IO for the next hearing scheduled for February 18.

Meanwhile, Khalid Hussain Ranjhani filed an application before a bench of the Sindh High Court (SHC), seeking the production of the main accused, Shah, before the ATC. A two-member bench, comprising Justice Aftab Gorar and Justice Amjad Ali Sahito, issued notices to the SSP and the IO to appear before it on February 18.

How the case unfolded

Irshad Ranjhani, the city chief of JST was shot dead in cold blood by UC Chairman Rahim Shah in Bhains Colony on February 7. Soon after, videos of the incident started making the rounds on social media, showing an injured Ranjhani writhing on the ground as Shah waved about his pistol, stopping bystanders from taking him to the hospital. At the time, Shah had claimed that he was coming back from a bank after withdrawing money and Ranjhani was trying to loot him. He even registered an FIR of the incident, alleging the same.

Subsequently, mass protests erupted across the province, buoyed by the social media movement, demanding the perpetrator be arrested. The protesters also demanded that an FIR be registered under sections of the Anti-Terrorism Act.

On February 11, Sindh Chief Minister Murad Ali Shah had also ordered the provincial police chief to register an FIR and arrest Shah. He also ordered that an FIR be registered against the police officials for taking the injured Ranjhani to the police station, instead of rushing him to the hospital.

That same night, Shah latif Police registered the case of Ranjhani’s murder, FIR no. 105/19, under Section 7 (punishment for act of terrorism) of the Anti-Terrorism Act as well as sections 302 (intentional murder) and 201/34 (causing disappearance of evidence of offence) of the Pakistan Penal Code.

The next day, Shah was remanded to police custody for four days.

On Friday, the IO’s revelation of a third FIR of the incident came as a surprise, as there had been no mention of the existence of this FIR earlier.