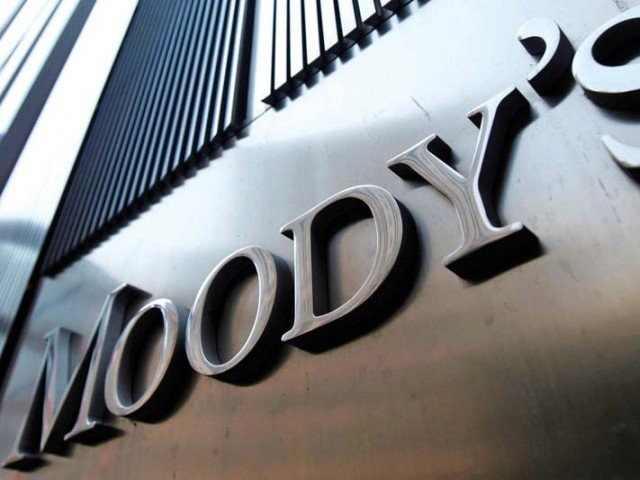 KARACHI: Moody’s, one of the top three global rating agencies, has assigned a ‘negative’ outlook to Pakistan-based banks due to economic slowdown and the banks’ higher investment in sovereign securities’ papers of the government.

“Our outlook for Pakistan’s banking system is negative,” Moody’s Investors Service said in a research publication on Monday. “A slowing economy and high exposure to sovereign debt drive our negative outlook.”

The outlook expressed the agency’s expectation of how bank creditworthiness would evolve in the system over the next 12 to 18 months, it said.

The US-based rating agency pointed out that Pakistan’s gross domestic product (GDP) growth would slow down to 4.3% in fiscal year 2019 – compared to a 13-year high of 5.8% in the previous fiscal year – due to tightening domestic monetary conditions, “as evidenced by a 30% rupee depreciation, sharp interest rate increases (4.5 percentage points to 10.25% at present) and rising inflation.”

It said the key drivers to its negative outlook included deterioration in the operating environment, asset risk and government support.

It elaborated that the operating environment had deteriorated due to a slowdown in economic activity on the back of tightening domestic monetary conditions. The asset risk has worsened due to high exposure to government bonds, which links banks’ creditworthiness with that of the sovereign. And deteriorating economic conditions will increase the risk of NPL (non-performing loan) formation.

“Efforts to address structural/legal obstacles and improve risk management will only partly mitigate this negative impact,” it said.

It maintained that the Pakistan government remained committed to supporting systemically important banks, but its capacity to do so had weakened. Accordingly, the development has deteriorated government support towards the banks.

“We expect a slight improvement in (banks’) profits for 2019, primarily driven by higher interest rates and government yields, which will support net interest margins.

“Profitability to recover slightly, but remains below historical levels,” it said. “We expect private-sector lending growth of 10-12% in 2019, despite a 5-5.4% fiscal deficit, partly financed by banks.”

What could change outlook?

“Improvements in the operating environment and in the sovereign’s credit risk profile are prerequisites to restoring a stable outlook,” it said.

To change the outlook to positive, meaningful and sustainable improvements in operating conditions, including structural reforms, competitiveness gains and robust foreign investment, would support business opportunities for banks.

Besides, banks would need to strengthen capital and reduce non-performing loans, while maintaining their strong funding and liquidity profiles, it said.

Improvements in national security have also filtered through into stronger business confidence. “For instance, automakers Hyundai Motors, Kia and Renault SA are planning investments in Pakistan’s automobile industry,” it said.