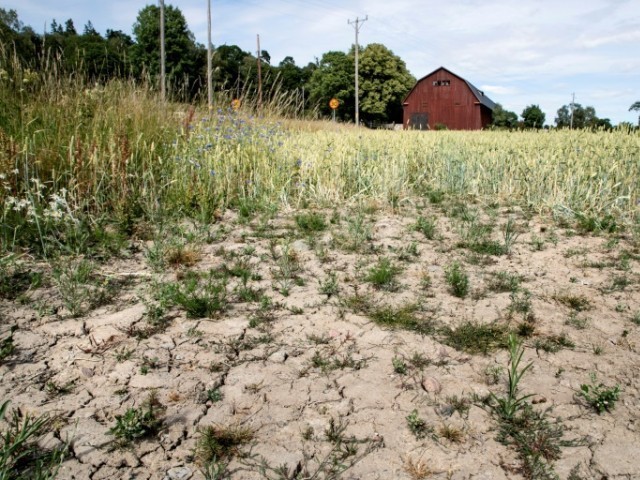 HYDERABAD: For the barren desert of Tharparkar, Pakistan Agriculture Research Council (PARC) appears set to embark on an ambitious project of growing cash crops and fruit orchards. The council in this regard entered into an agreement on Wednesday with the Sindh Engro Coal Mining Company’s (SECMC) Thar Foundation in Tharparkar.

Cultivating cash crops and fruit trees, modifying seeds and fodder, reducing salinity and developing multi-directional commercial value chains, that involve livestock, are the objectives. The two partners will also carry out an analysis and undertake pre-emptive remedy against land degradation caused by salinity.

PARC will also station supervisors on-ground who will be available to supervise designated bio-saline projects, which have been initiated by the foundation. The two organisations will also conduct a feasibility study on installing domestic biogas units modelled on the utilisation of animal waste as fuel.

PARC Chairperson Dr Yusuf Zafar said that their supreme objective was to eliminate drought in the region. He said that the council would replicate successful models in Tharparkar which were implemented by the Arid Zone Research Institute in the neighbouring Umerkot district.

Syed Murtaza Azhar Rizvi of Thar Foundation said that the desert was blessed with huge reserves of groundwater, which are estimated at around 80 billion cubic meters. The subsoil water, he added, can be pumped out to make Tharparkar district rich in agriculture.

For the project, the foundation is providing 20 acres of land for the execution of a pilot project. The provision of the required resources including water, seeds and saplings will also be the foundation’s onus.