PTI govern­ment will lead the countr­y on the path of develo­pment, says Quresh­i
By News Desk
Published: February 1, 2019
Tweet Email 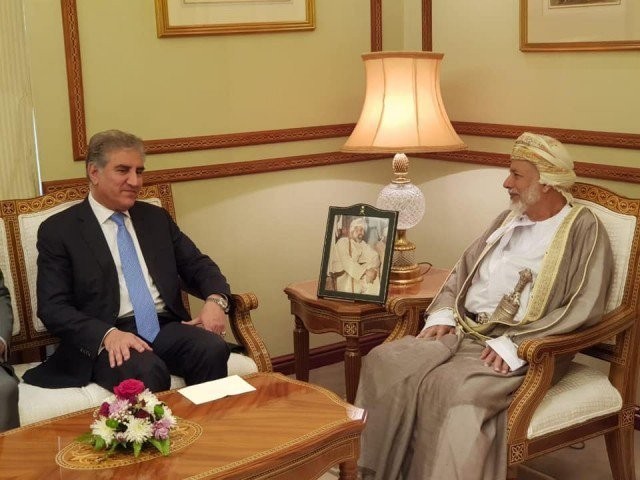 Foreign Minister Shah Mehmood Qureshi on Friday said that the Pakistan Tehreek-e-Insaf (PTI) government will lead the country on the path to development with prudent economic measures.

Qureshi made the remarks while addressing expatriate Pakistanis in Oman. He said efforts are being made by the government on the agenda of change as promised with the nation.

He also praised overseas Pakistanis for playing a vital role in the development of the country by sending remittances through banking channels.

The foreign minister expressed his confidence in the incumbent government that it will make Pakistan a prosperous, developed and stable country in five years.

Qureshi also spoke about the policy of Prime Minister Imran Khan to develop friendly relations with all neighboring countries and added that Pakistan is playing a laudable role in the Afghan peace process by supporting dialogue between Taliban and the US.

He also expressed his hopes of having good relations with India.

In his latest foreign visit, Qureshi led a 12-member delegation of technical experts to Oman under a joint commission whose seventh session was co-chaired by foreign ministers of the two countries on January 31, followed with a signing ceremony’ of bilateral accords.

He was received by Oman’s Foreign Minister Omar Yusuf Alawi for the dialogue that overviewed relations between Pakistan and Oman in their entire spectrum and exchanged views on the situation in the region.