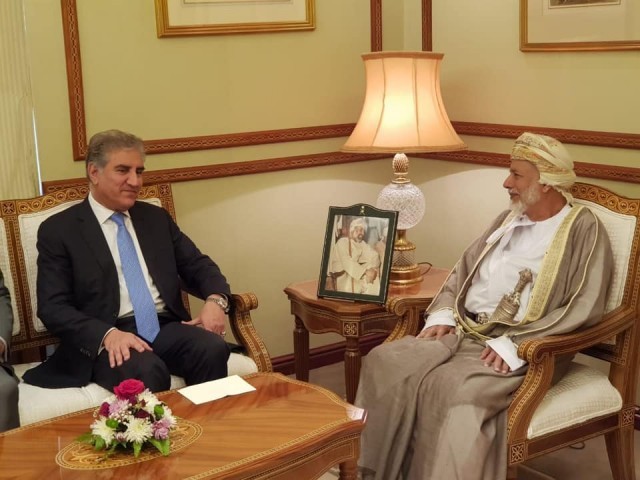 ISLAMABAD: Oman’s Foreign Minister Omar Yusuf Alawi has said that Pakistanis have made significant contributions in the development of the Gulf state.

“We view Pakistan as an asset. Pakistanis made outstanding contributions to development and progress of Oman since the early 50’s,” Alawi said during ‘Bilateral Strategic Consultations’ with Foreign Minister Shah Mehmood Qureshi, who is on a three-day official visit to Muscat.

“Both countries common history and geography binds them into a natural ‘Strategic Partnership,” he was quoted as saying by the Pakistan’s Foreign Office. “Time is right to maximise our mutual potential for our and larger good of region”.

Qureshi is leading a 12-member delegation of technical experts under a joint commission whose 7th session will be co-chaired by foreign ministers of the two countries on January 31, followed with signing ceremony’ of bilateral accords.

He was received by Alawi for the dialogue that overviewed relations between Pakistan and Oman in their entire spectrum and exchanged views on situation in the region.

Qureshi briefed his Omani counterpart on the vision of the newly-elected government, and shared Pakistan’s policy of ‘Visa on Arrival’ for Omanis that shall boost peoples’ exchanges, tourism and business opportunities.

“He solicited similar facilities for Pakistani businessmen,” the statement said.

Both the sides expressed satisfaction on the trajectory of bilateral relations symbolised by exchanges of visits between parliamentary, political and defense leaderships and ever growing people’s exchanges.

Both dignitaries stressed the importance of connectivity between Gwadar and Duqm Port and early conclusion of accords on mutual cooperation.

It was re-affirmed to broaden the horizon of interaction among technical experts through ‘Joint Working Groups’ on trade, investment, food security and energy.

While Alawi accepted an invitation to visit Pakistan, both the sides agreed to convene bilateral political consultations between foreign secretaries in Islamabad as well.

Qureshi will also participate in a mega reception for the 272,000-strong Pakistani community. 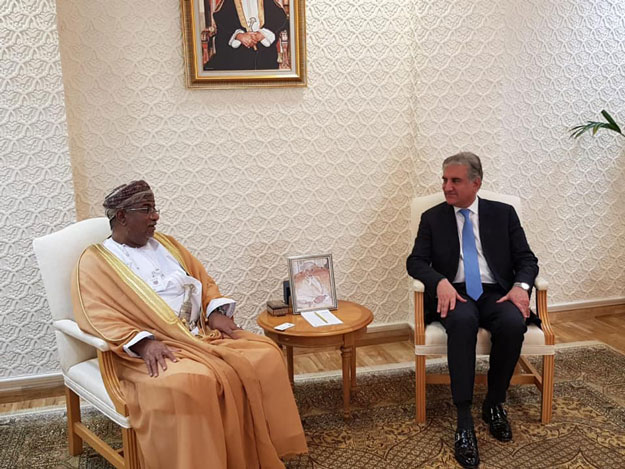 The chairman briefed Qureshi on the company’s efforts in economic development of both the countries. He extended an invitation to the chairman to visit Pakistan, which was accepted.