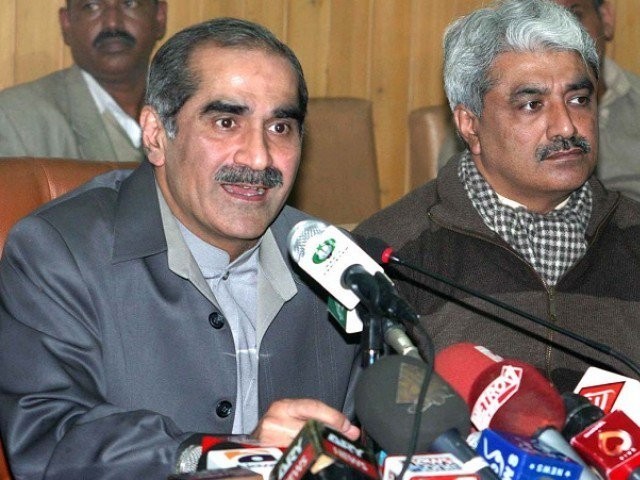 Rafique brothers are currently in NAB custody for their alleged involvement in the Paragon Housing case. PHOTO: FILE

LAHORE: An accountability court on Saturday extended the physical remand of Pakistan Muslim League-Nawaz (PML-N) leaders Khawaja Saad Rafique and Khawaja Salman Rafique by a week and ordered the authorities to present them in court on February 2 in the Paragon Housing scam case.

Both the brothers were brought to the court amid tight security as heavy contingent of police including Anti-Riot Force (ARF) was deployed around the premises.

A large number of PML-N supporters had gathered outside the court in support of their detained leaders.

The National Accountability Bureau (NAB) prosecutor began his arguments by demanding an extension in the physical remand of Rafique brothers and maintained that the prosecution could not complete the investigation into the case as Saad Rafique had spent the prior week in Islamabad to attend a session of the National Assembly.

The defence counsel contradicted the arguments and pleaded the court not to give extension in physical remand saying it was the fifth time the prosecution was using the same excuse.

He added that the prosecution had asked his clients to furnish details of their bank accounts, which he said, were provided to NAB within ten days.

He also stressed that the Rafique brothers had nothing to do with the ownership of Paragon Housing Society.

The court, however, accepted NAB’s petition and extended both the leaders’ physical remand by another week, with orders to present them on February 2.

Later, Khawaja Saad Rafique lambasted Pakistan Tehreek-e-Insaf leader Naeemul Haq for his statement about cancellation of his production orders. He said that the production orders were his fundamental rights and not a concession.

Rafique said that production orders were issued even during the dictatorial rule of General (retd) Pervez Musharraf. He claimed that it was not a democratic attitude at all and “reflected the PM’s mentality”.

Rafique criticised the extension in his remand and declared the permission as illegal. He claimed that the orders for extension were being issued on someone’s orders and that detention could not weaken his resolve.

Saad and Salman Rafique were taken into custody by NAB on Dec 11 after their request for bail was turned down by the Lahore High Court. Since then, their remand has been extended multiple times.

NAB maintains that the housing scheme was set up illegally and the Rafique brothers, in connivance with Nadeem Zia and Qaiser Amin Butt, defrauded a large number of buyers.

The anti-graft watchdog claims that Saad Rafique got 40 kanals of land against his and his brother Salman Rafique’s name registered, extended the project illegally, and benefitted by selling commercial plots amounting billions of rupees.