Opposi­tion will not rest till truth behind ‘encoun­ter’ comes out: Shehba­z
By Our Correspondent
Published: January 21, 2019
Tweet Email 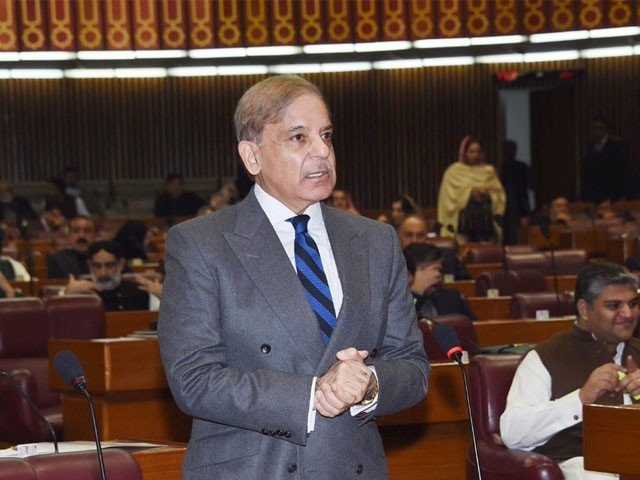 Opposition will not rest till truth comes out over Sahiwal incident, says Shehbaz Sharif. PHOTO: EXPRESS/FILE

ISLAMABAD.: Tempers ran high in the National Assembly on Monday as members of the government and opposition trade verbal volleys over the tragic incident in Sahiwal, in which four people were killed by Punjab police in an alleged encounter.

The opposition took the government to task over its ‘failure to rein in’ law enforcement agencies, with the prime minister as well as the interior ministry he heads coming under severe criticism.

Pakistan Muslim League-Nawaz (PML-N) President Shehbaz Sharif said that the opposition would not rest till the truth behind the Sahiwal police ‘encounter’ comes out.

Four people – including two women – were killed in the incident involving Punjab’s counter-terrorism police on a highway in the Qadirabad area of Sahiwal district on Saturday.

The leader of the opposition, while speaking on the floor of the National Assembly, said the opposition would not hold sit-ins, however, the government must give answers to the people over the incident.

He also took a jibe at the prime minister, saying he must do better than tweet about the incident 24 hours later.

He also criticised the PTI government and accused it of having double standards. “The government of Punjab has become a party in the [Sahiwal ‘encounter’] matter.”

The former foreign minister reiterated the demand for the government to form a parliamentary committee to probe into the incident. He said the prime minister, provincial chief minister as well as the federal cabinet should step down in light of the incident

Echoing his sentiments, former PPP prime minister Raja Pervez Ashraf said those who should eliminate terrorism have themselves become terrorist.

State Minister for Interior Shehryar Afridi said that he will step down from his post if need be, but not before he brings those responsible for the crime to justice.

Human Rights Minister Shireen Mazari hit back at the opposition, saying the previous governments had enabled the law enforcement agencies to carry out such fake encounters. “They [opposition parties] don’t want to play a constructive role in how to bring to an end such incidents.”

She cited the case of the Model Town incident, in which 14 people lost their lives, during the tenure of the PML-N in Punjab. Continuing in the same vein, the human rights minister said that the incident of Naqeebullah Mehsud’s ‘extra-judicial killing’ occurred during Asif’s tenure as defence minister, but he failed to take action.

She said the opposition only wants to use the tragedy to further its own political agenda.

Members of the opposition wore black armbands to the session as a sign of protest.

The speaker adjourned the session after the exchanges got heated, and added that the debate on the Sahiwal issue will continue on Tuesday (today).

Prime Minister Imran Khan on Monday assured the nation that strict action will be taken against the culprits responsible for the Sahiwal tragedy after he returns from Qatar.

In a tweet, the premier said that “the grief and anger of the people of Pakistan on Sahiwal incident is understandable and justified”.

He further assured the nation that upon return from Qatar the guilty will be given exemplary punishment.

“I will review the entire structure of Punjab Police and start the process of reforming,” he said.

PM Imran on Monday embarked on a two-day visit to Qatar. The premier is travelling on the invitation of Emir of Qatar Sheikh Tamim bin Hammad al Thani.