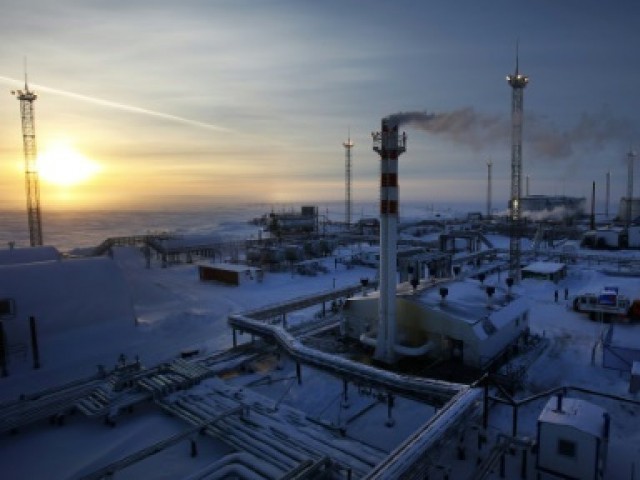 OPEC members along with allies, including Russia, agreed in early Dec to trim production by 1.2 mbd from Jan 1. PHOTO: ONLINE

PARIS: Saudi Arabia demonstrated its resolve to lift oil prices by slashing output ahead of the entry into force of new pact limiting production, while Russia boosted output to a record level, the International Energy Agency (IEA) said Friday.

World oil markets have been on a rollercoaster ride in recent months, with the Organization of the Petroleum Exporting Countries (OPEC) and its partners including Russia, often called OPEC+, agreeing to cut back production again from January in order to reverse a slump in oil prices on abundant production and worries about slower global growth.

In its latest monthly report, the Paris-based International Energy Agency said the Saudis took the lead by cutting output in December as prices tumbled by more than a third in just two months.

“Recently, leading producers have restated their commitment to cut output and data shows that words were transformed into actions,” said the IEA. “While Saudi Arabia is determined to protect its price aspirations by delivering substantial production cuts, there is less clarity with regard to its Russian partner.”

But the cut was mostly due to the Saudis, with data indicating several OPEC members increased production last month.

The IEA said data shows that Russia increased crude oil production in December “to a new record near 11.5 mbd (million barrels per day) and it is unclear when it will cut and by how much.”

OPEC members along with allies, including Russia, agreed in early December to trim production by 1.2 mbd from January 1, in a bid to eliminate a production glut and shore up prices.

Just months earlier, they had relaxed production caps as prices shot higher on market worries about the impact of US sanctions on Iran, but Washington eventually granted waivers allowing several countries to continue to import Iranian oil.

Meanwhile, US production rose considerably more than expected last year, adding further to supplies, while concerns about demand emerged as the US-China trade spat deepened in the second half of last year.

The IEA said the United States increased output by 2.1 mbd last year, the “highest ever” annual growth ever recorded.

The boom of shale oil production in the United States this decade has redrawn the map of global energy politics as the nation no longer depends as heavily on imports and has even resumed exports.

The IEA said “the US, already the biggest liquids supplier, will reinforce its leadership as the world’s number one crude producer” in 2019.

“By the middle of the year, US crude output will probably be more than the capacity of either Saudi Arabia or Russia.”

The IEA left its estimate for global oil growth in 2019 unchanged at an increase of 1.4 mbd, saying “the impact of higher oil prices in 2018 is fading, which will help offset lower economic growth.”

It said there were signs that the rebalancing of the oil market will be gradual.

Deutsche and Commerzbank: a marriage of (in)convenience?